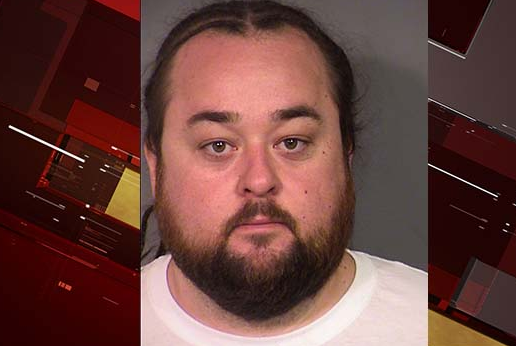 Katt Williams isn’t the only celebrity in some serious trouble with the police. The man, who is known to millions of rednecks around the country as “Chumlee” from the reality TV series Pawn Stars, was arrested Wednesday afternoon for guns and drugs.

Police reportedly searched his house while investigating a sexual assault case. They found meth, marijuana and at least one gun inside his home. We should note that Chumlee (Austin Lee Russell) is not facing any charges connected to the sexual assault case yet. It’s still under investigation.

As of late Wednesday night, Chumlee was still being held in jail pending an initial court appearance on 19 drug-possession charges and the one weapon charge. His bail was set at $62,000.

One thing that’s interesting about this story is seeing how the internet is reacting. A lot of comments are supportive of Chumlee, some people are even offering him legal advice. That’s surprising considering how many people love to hate on Katt Williams.