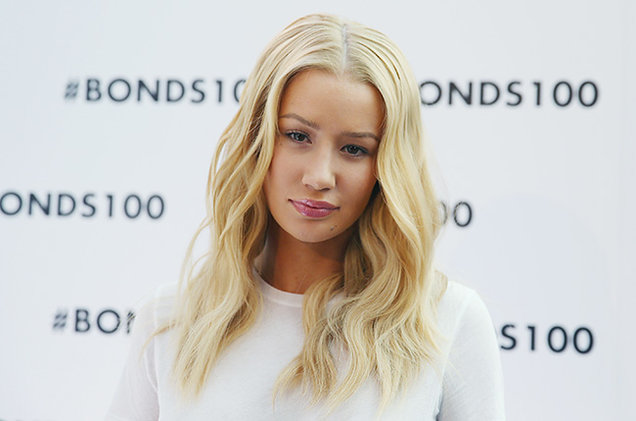 Iggy Azalea has been an easy target and up until now, I think celebrities have had no issue calling her out on social media. Almost all of these celebrities are much larger then she is: Snoop, T.I., Erykah Badu to just name a few. She has managed to keep her cool, but apparently that was on the outside. On the inside she was not happy at all. Each attack became a new low point for her. Even after not putting out music for a year, she was still laughed at in the industry.

During an interview for Power 106 FM on the “Cruz Show” the 25 year old says that she thought all of the criticism that she was experiencing would force her to have to leave the US. She is here on a work Visa and if all the negativity surrounding her and her music stopped her career and she couldn’t’ work, then she wouldn’t be allowed to stay in the United States. It’s because of thoughts like that and how much she would have to give up, that made her want to “Quit Life”.

She says that her fiancé, L.A. Lakers player Nick Young has been her rock and because of his support she was able to hold things together and after a lengthy hiatus she is releasing new music and will be touring again. Watch the video – it really shines a light on how social media comment and bullying affect someone’s life.

She also revealed that she will be postponing her wedding until next year so she can tour.

‘It was going to happen at the end of the year but now I have to go to work so we’ll probably have to wait until the end of the next basketball season to do that,’ she said.

She says that Nick will enjoy spending his last summer as a bachelor. I bet he will. I see you Nick!