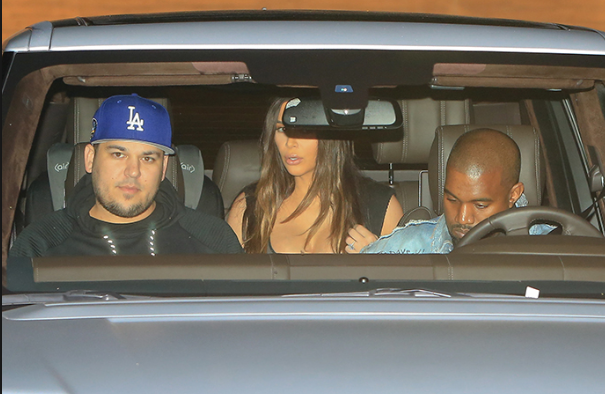 The Kardashian Family Play Nice For Rob Kardashian’s Birthday Party, Fill Social Media With All Kinds Of Cuteness…But Where Was Blac? You know how we have been mentioning that the Kardashian family is slowly being destroyed by Blac Chyna and Rob Kardashian? Well, it looks like they decided to take a week off from their destruction plan to celebrate Rob’s 29th birthday.

Rob and the rest of the Kardashian family celebrated his birthday with a huge family dinner. Kanye was there, Kim, Kylie, Kendall, North, Kris, Kourtney, Scott, and even Tyga.

But what about Blac? She wasn’t invited. Sources say she was hanging out with her girlfriends during the party, which seems to confirm the rumors that Rob’s family doesn’t approve of his relationship. Or maybe they just thought it would be super awkward with Kylie and Tyga there.

Either way, it doesn’t look like there was any drama during the birthday celebration. And thanks to Kim and Kylie’s Snapchat, it felt like we were right there celebrating with them.

Check out the video below. It contains all the Snaps you want to see, and yes Kanye can be seen smiling in a few of them. It warms my heart.

You probably also noticed that Khloe was missing from the party, which seems a little juicy when you think about it because she allegedly kicked Rob out of her house when she discovered he was bringing Blac over.

But apparently she only missed the party because she was sick, at least that is the official story we’re getting. The full story might be that she’s “sick” of Rob’s bullsh-t.

If that’s the case, she needs to calm herself down. Blac and Rob are looking extra cute these days. I smell a wedding soon.