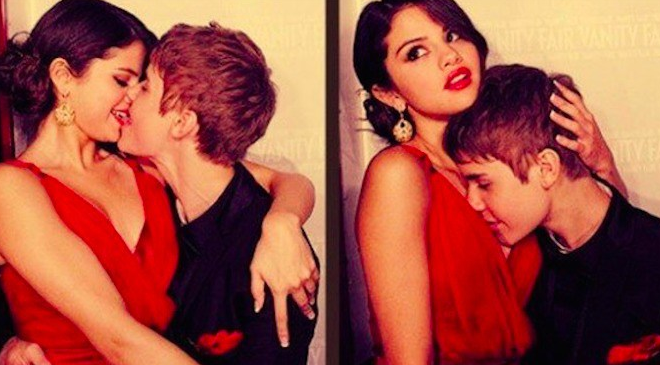 Justin Bieber Posts Throwback Photo Of Super Cute Kiss With Selena Gomez, And Her Response Has Fans Wondering If “Jelena” Is Back On! Several months ago when their split seemed to be “official,” I warned that they would end up getting back together. Even when Selena spoke with W Magazine earlier this year and said she was “so done” with the relationship, I still didn’t believe it.

Why? Because of first love syndrome. No one can replace that, and even though they have claimed to be “done” with each other multiple times throughout the years, you true Beliebers should know better.

Jelena will never die, and this past weekend their relationship was moved out of the ICU, thanks to the Instagram post you see below from the 22-year-old singer. As you can see, the photo has gained almost 3 million likes, and even more incredible? It has almost 800k comments, which is just so freaking insane.

Most of those comments are from confused Beliebers posting things like, “WHAT?!?” and “OMG SHUTUP!” — But buried in the madness was a comment from Selena Gomez.

That’s right. She actually responded to the photo, and all she had to say was…..