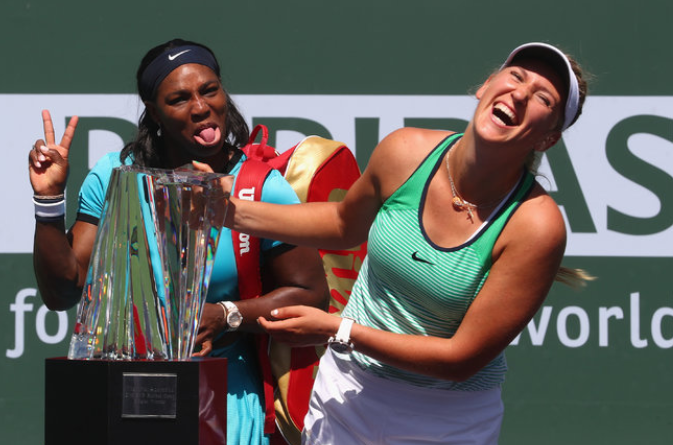 On the final Sunday of the BNP Paribas Open (one of the biggest joint tournaments outside the Grand Slam events) the Indian Wells CEO/tournament director Raymond Moore shocked the tennis world with some disgusting and sexist comments.

During a media session before the final matches, Moore told the news media that female tennis players are extremely lucky and owe most of their success to the male superstars in the game.

In my next life when I come back I want to be someone in the WTA, because they ride on the coattails of the men. They don’t make any decisions and they are lucky. They are very, very lucky. If I was a lady player, I’d go down every night on my knees and thank God that Roger Federer and Rafa Nadal were born, because they have carried this sport.

Of course, he later apologized for the comments, “I am truly sorry for those remarks, and apologize to all the players and WTA as a whole.” He said in a statement he was most likely forced to make.

But Serena Williams isn’t ready to make nice. Following her defeat in the final match against Victoria Azarenka, the tennis superstar spoke to the media about Moore’s sexist comments…

Obviously, I don’t think any woman should be down on their knees thanking anybody like that. I think Venus [Williams], myself, a number of players have been—if I could tell you every day how many people say they don’t watch tennis unless they’re watching myself or my sister, I couldn’t even bring up that number. So I don’t think that is a very accurate statement.

She was also asked if Moore’s comments might have been taken out of context or twisted to make them sound more damaging, “There’s only one way to interpret that.  ‘Get on your knees,’ which is offensive enough, and ‘thank a man’? We, as women, have come a long way. We shouldn’t have to drop to our knees at any point.” She told reporters.

If anything, Moore should be down on his knees apologizing to Serena. She could snap his a** in half.