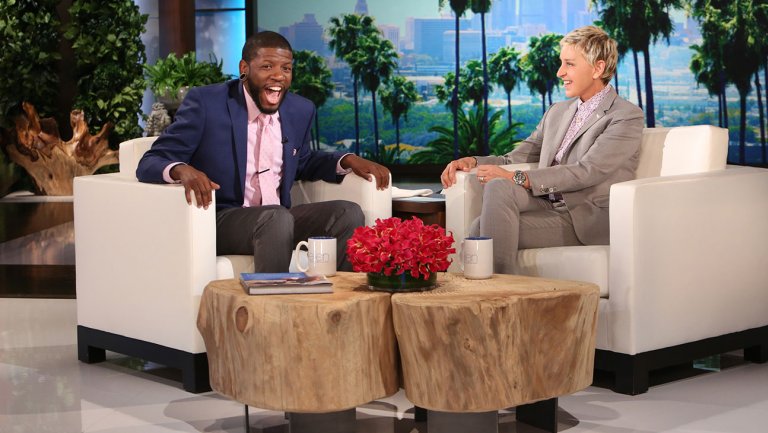 This is what being famous and rich is all about; the ability to do things like this. I swear, if I was rich, I would go broke because I would just make a show about giving money away to people who would do great things with it.  On one episode, I would even give myself money, because I would do something great like create a show where I gave people money….Huh?

Ellen had Quincy on her show and told all his people not to tell him what was going to happen.  This was his 2nd appearance on the show.  His is first appearance was just recently and during that visit he received $10K from Ellen, so I’m sure he assumed he would just be getting more money toward his KickStarter campaign.  What he didn’t know was that Ellen put a call into HBO and when Ellen calls HBO, they actually answer.  They will be airing Quincy‘s stand up as an hour long HBO special.  BOOM.

When she drops the news on him, it’s definitely a feel good moment.  As if that wasn’t enough, she also gave him another $15K (compliments of Shutterfly) to cover expenses, as now his production needs to be HBO quality.

Filming will be on April 4th at  L.A.’s Teragram Ballroom and I bet you Ellen will be there.
Tickets are still available.