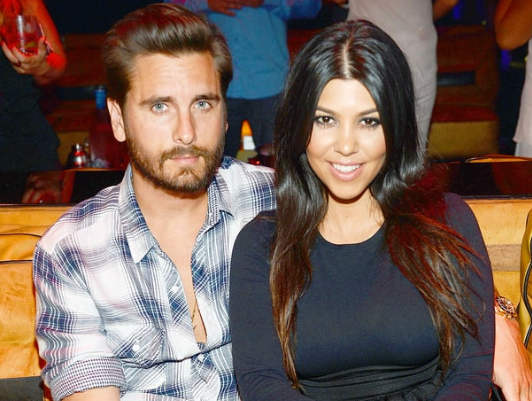 Sorry Justin! Looks Like Kourtney Kardashian And Scott Disick Might Be Getting Back Together, Check Out Their Adorable Snapchat Vids! The 36-year-old mother of three had A LOT of fun with Scott earlier this week, and yes a little boob grabbing is included in that. We have the two Snapchat videos you need to see at the bottom of this page.

In the first Snap, Scott looks at the camera and says, “So, um, we wanted you guys to hear it first. We are getting back together.” But it does look it was mostly a joke because Kourtney laughs almost instantly and says, “Nooo!” when Scott tries to move in for the kiss.

However, you’ll see in the second video that Scott moved right past first base and ended up getting a squeeze of second.

What does this all mean? To us, it looks like they’re trying to work things out. Are they “officially” back together? Probably not, but it’s nice to see them getting along. The kids are the most important thing, and we’re sure the entire family is happier when they’re together. Another theory? Scott is just coming back around for Keeping Up With the Kardashians. If you follow the show online, you’ll know that a large portion of the fans watch the show just for Scott. As mentioned above, he’s hilarious and he’s not afraid to speak the truth. The perfect combo for a good reality star.

Check out the Snaps below, and let us know if you support Scourtney!