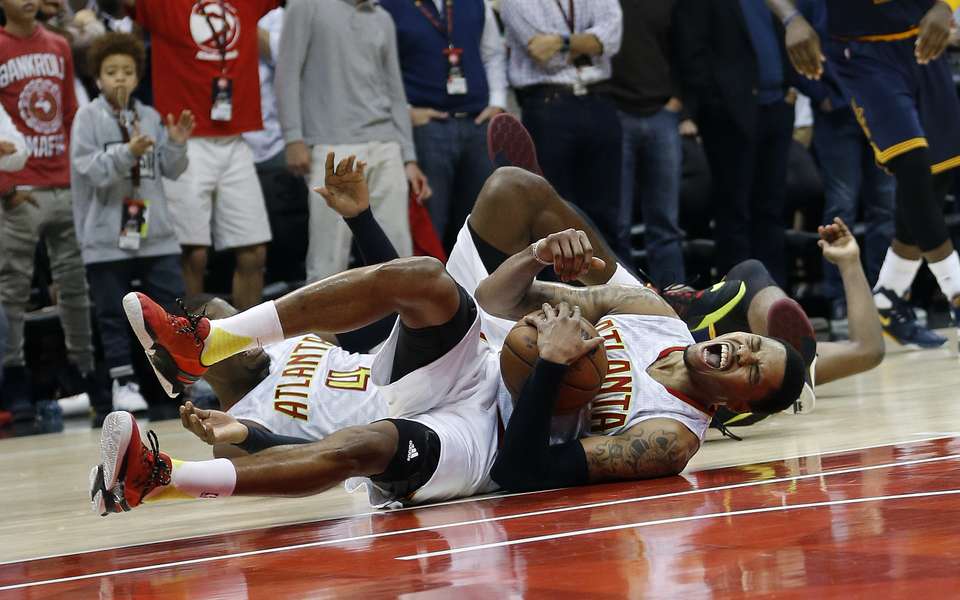 Posterize Lebron? Kent Bazemore Tries and Takes one of the Scariest Falls You will Ever See…and Doesn’t get hurt. (Head Bouncing Video)

Bazemore laid still for a few moments, made it to his feet and then hit both of his free throws. After he came out of the game he stayed out and returned during the second quarter and then went back to work covering Lebron.

THE CORRECT WAY TO POSTERIZE

In case you were wondering what a correct posterization looks like – look no more. This came via the hornets win over the 76ers also on Friday night. Marvin Williams came through like a wrecking ball and Carl Landry was his victim.

Beautiful on the giving end, Ugly on the receiving end.

How do you know you have successfully completed a posterization?

The bench reaction.  In this instance it was almost better then  the dunk itself.  Jeremy Lin and Frank Kaminsky are on the floor!

Jeremy Lin is doing the breaststroke and Frank Kaminsky is doing the worm. I would say Posteriatztion: SUCCESSFUL!