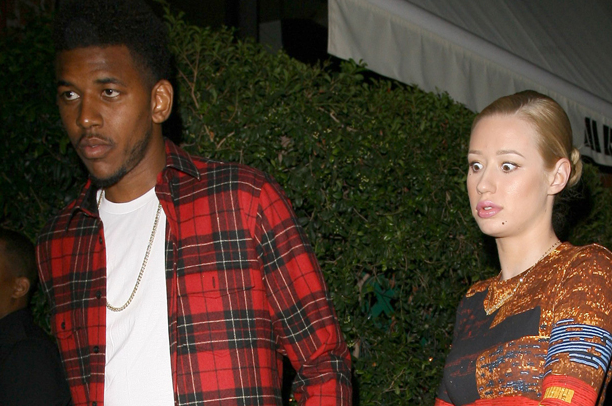 We all thought Iggy Azalea would drop Nick Young once he admitted to cheating on her with a 19-year-old girl in a secret recording. But apparently, she’s really looking forward to this dream wedding because she’s giving Nick one more chance.

But it’s a chance Nick might want to think twice before taking, especially if he believes there are more videos out there of him admitting to things he shouldn’t be doing. Iggy was on the ‘Orlando & The Freakshow’ radio show recently and she made it clear that Nick is walking on thin ice.

“I’m not cool with it. Like you’ll have half a penis. I already said one more video, just one more thing and you will lose a quarter of your meat.” the 25-year-old rapper said during the interview. And she doesn’t want to hear any sh-t about bro codes being broken between Nick and his teammate D’Angelo Russell.

“I have an actual spoken commitment that you’re going to get married to me …and that involves not doing any of those other things.”

She also mentioned how she has more fans than Nick will ever have, so basically he better be careful.

Honestly, I’m not buying this tough love Iggy is trying to throw out there. She should have dropped his a** right after the video went viral.

Talk is cheap. We want to see his penis in a jar. Put it on Instagram so we know it’s real. #PenisInAJar2016