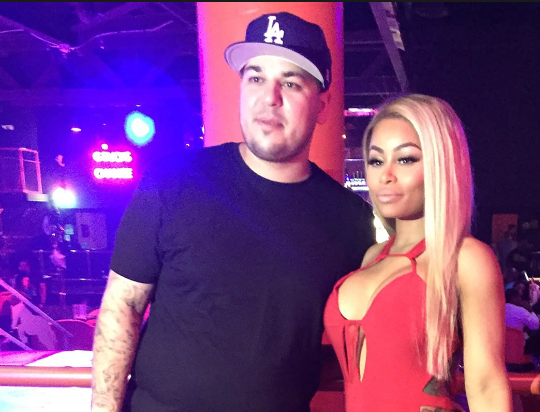 Rob Kardashian And Blac Chyna Could Make Millions With TV Wedding Special, But It Could Cause More Problems With The Fam! Hopefully you’re over the shock of Rob Kardashian’s engagement to Blac Chyna. It took us all by surprise, but now that it’s happening, we all just have to accept it.

It’s time to look forward to their wedding, which just might be televised. We all know Rob isn’t a fan of the cameras, but he would be a fool to pass up this deal. TMZ sources claim there are several networks putting together huge offers for the happy couple.

One network is offering an episodic docusoap leading up to the event, which would feature all the behind-the-scenes drama you’d expect to find during a Kardashian wedding. Rob and Blac would reportedly earn close to $200,000 per episode, and then another $500,000 for the wedding finale. In total, they would receive over a million dollars just for allowing cameras to film their special day. Seems like an easy decision, right? Not so fast. Kris Jenner has the Kardashian family under a “blanket deal,” which gives E! the opportunity to make an offer first. But that offer will probably never happen because Kris doesn’t exactly approve of their relationship.

Basically, if Rob and Blac agree to a deal with a different network, it’s going to push his family away even more. But he probably won’t have a choice because Kris might block E! from making an offer. Insiders say the couple is currently trying to make the difficult decision.

My thoughts? I say go for it. The Kardashians are all about the money. If they were in Rob’s position, you can bet they would be doing the same thing. It’s Hollywood, and you have to take care of yourself.

GET THAT MONEY, ROB! YOU CAN BUY A NEW FAMILY! Hell, you can buy me. I’ll be your brother.