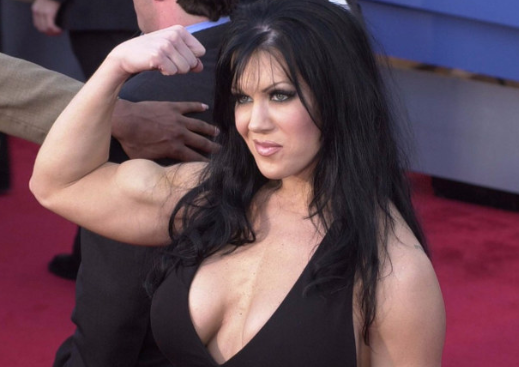 WWE Superstar Chyna Has Died, Find Out Why Some People Believe She Overdosed Geez. We are more than ready for this week to end. First we lose the hilarious Doris Roberts and now we lose the legendary WWE wrestler, Chyna. Her real name was Joanie Laurer and if you were a kid/teenager in the late ’90s and early 2000s, you probably remember her.

She was a freaking superstar. The first woman to participate in the Royal Rumble and King of the Ring events, and she was even the number one contender to the WWF Championship at one point.

Sadly, police in Redondo Beach, California confirmed that Laurer was found dead inside her apartment on Wednesday. No one had seen or heard from her in a few days, so a concerned friend went to check on her and found her unresponsive. Sources tell TMZ that officers are treating this as a possible overdose, mainly because of her history with drugs. No illegal drugs were found inside her apartment; however, there were bottles of prescription medicine. A brief statement confirming her death was posted on her website: “It is with deep sadness to inform you that we lost a true icon, a real life superhero. Joanie Laurer aka Chyna, the 9th wonder of the world, has passed away.”

She had apparently been struggling with addiction for several years. In 2008, she made an appearance on Celebrity Rehab. We are deeply saddened she couldn’t find the help she needed, but at least no one can say she didn’t live an interesting life.