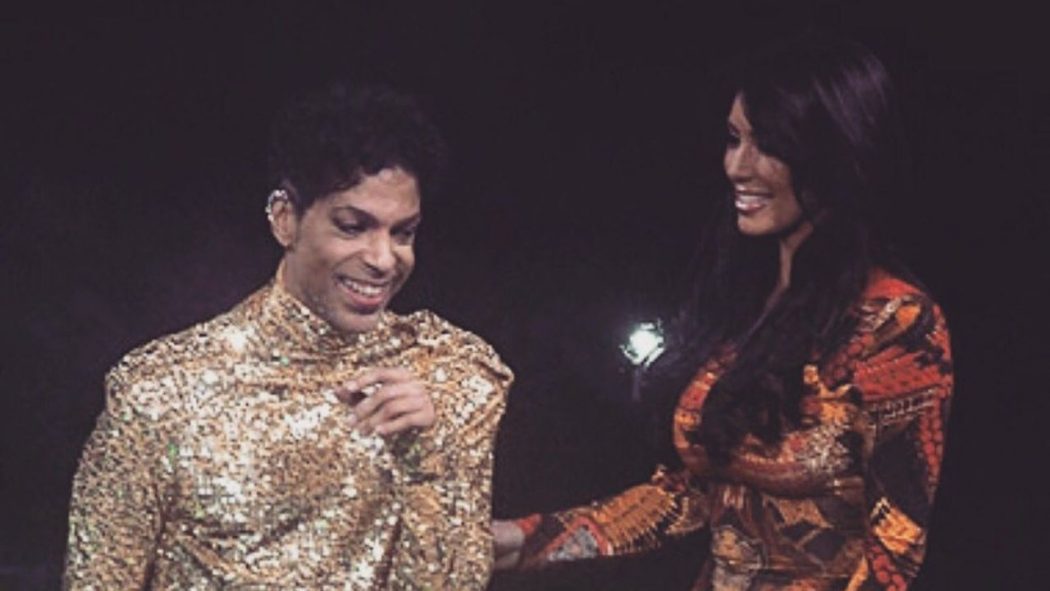 WATCH: The Time That Prince Actually Threw A Younger Kim Kardashian Off Stage During A Live Concert. (Video) As we are still dealing with the shock and awe that Prince is no longer with us, there are videos popping up all over the internet.

Interviews, concert footage, and just about any clip of Prince is getting its share of attention.  We here at TVST even compiled a few of our favorites, but this video here, is so good,  it needed its own post.

Although I personally like Kim Kardashian, probably more than most, I know that she can be annoying as hell, self-centered and most of the time she thinks the world revolves around her.

Prince showed the world in 2011, that he ain’t got no time for that.

The incident took place at Madison Square Garden.  Kim Kardashian was attending the concert with then boyfriend and future hubby for 72 day, Kris Humphries.  In the middle of his set, Prince looked out at the audience for someone to dance with and quickly found Kim K.

She was easy to spot.  She was wearing the hell out of a super colorful Alexander McQueen dress and  a pair of 6-inch F-me heels.  She looks stunning in the photos from that night, I’m sure she was even more so in person.  Prince thought, “Why not”.

As Kim got on stage, Prince danced around her, expecting that this woman who is basically famous for being sexy, our modern day Marilyn Monroe if you will, could simply dance a little and look sexy.  Pretty easy right? NOPE!  Kim froze.

And after freezing, she froze some more.

Prince had no patience for that.  In essence, Kim thought she was too cute to embarrass herself by dancing and Prince told her bluntly, “Get off my stage”. My question is, what did she think she was being called on stage to do in the first place??

Kim explained that night with a tweet that she it wasn’t her thinking she was too good to dance, but that she was frozen in fear.  Yes!! Twitter was alive back in 2011.  It just seems like so long ago!