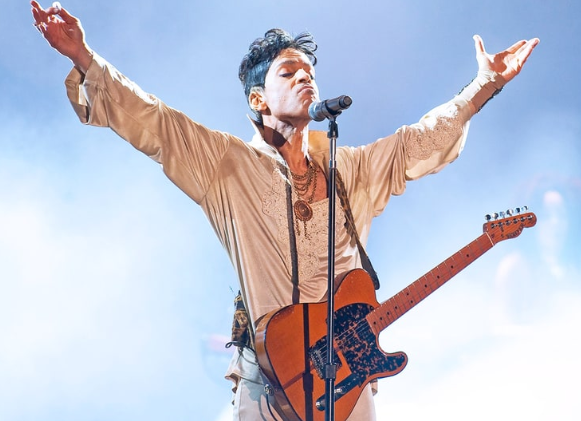 Painkillers Were Found With Prince When He Died, But Investigators Don’t Believe He Committed Suicide Music fans visit a memorial outside Paisley Park, the home and studio of Prince, on April 22, 2016 in Chanhassen, Minnesota.

It’s now been a little over a week since Prince died, and the world is still trying to understand it all. Mostly, people have celebrated his life by listening to his songs and watching his greatest performances.

But still, we all want some answers. What exactly happened inside his Paisley Park compound in Minnesota? Did he commit suicide? Was it an accidental overdose? Or was it simply complications from the flu? No one knows for sure; however, it looks like we’re getting closer to finding out the answer.

Law enforcement officials have told NBC News that prescriptions painkillers were found in his possession and inside his home when he died. The same officials refused to say whether or not the drugs played a role in his death, but they do not believe he committed suicide. This doesn’t mean the painkillers didn’t play a role. He could have suffered an accidental overdose. As you all know, one week before he died his private jet had to make an emergency landing because he reportedly overdosed on Percocet. He had to have a “save shot” from paramedics as he was being rushed to the hospital.

This is interesting because the emergency workers did not use any treatments to reverse a possible drug overdose when they found the singer inside the elevator at Paisley Park. This either means he was too far gone, or it could mean that drugs did not play a role in his death.

An autopsy was completed on Friday, but we probably won’t hear anything for a for weeks. They are running every test imaginable, including tissue samples and toxicology, so it’ll be a minute before everything comes back.