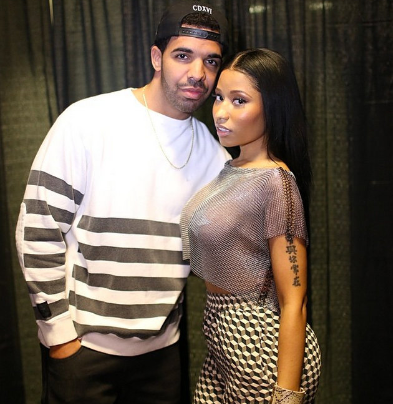 Drake Gets Real In New Interview, Says His Connection With Rihanna Is Real, And Reveals He No Longer Speaks To Nicki Minaj!

We can always count on Drake to get emotional. And it may seem like I’m making fun of him, but I actually appreciate his honesty. We all have feelings.

We all feel love and heartbreak, so why does everyone hate on the guy for speaking the truth?

After dropping his fourth studio album, the 29-year-old rapper promoted his work by sitting down for a one-hour interview with Beats 1’s Zane Lowe.

During the long interview, things got pretty deep and personal. As some of you may know, Drake had some beef with Nicki’s fiance Meek Mill last year, and it looks like that damaged their relationship.

“I don’t really talk to Nicki,” he revealed during the interview; however, that doesn’t mean he hates her or wishes for bad things to happen to her.

[She’s a] person I have a lot of love for. A lot of love and a lot of respect. Not only for our past, and how much work and time we put in, but even just the way she dealt with the situation.

I understand what love is, and I understand a personal situation. I always have respect and love for Nicki. Unfortunately, we haven’t spoke. But it is what it is.

That’s fine though. Yeah, there once was a time when people wanted Nicki and Drake to start dating, but now it’s all about his relationship with Rihanna. They have been getting pretty close lately.

I mean, Drake was basically penetrating her in the sexy music video for Work.

I think we do great music together. It’s tough to do guy-girl collabs. I think [the chemistry] is what makes the records better, though. It’s something genuine there. We’re not forcing some story on people.

A lot of the music that we make and the energy that we bring is genuine. We have a lot of genuine energy between us.

You can listen to the full interview below. Drake also talks about his relationship with Jay Z and Kanye West.