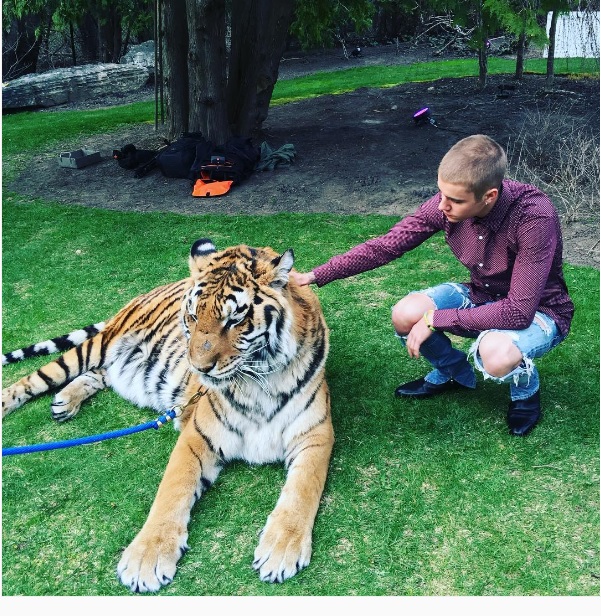 PETA lashes out at Justin Bieber over photo Justin Bieber can’t seem to catch a break anymore. The star recently came under fire from PETA after posing for a photo with a chained tiger. The photo was taken at an engagement party for his father, Jeremy Bieber.

In their usual levelheaded way, PETA saw the photo and flipped the hell out, sending a letter onto Justin’s manager stating;

We know he (Bieber) is drawn to animals, but this is the very worst way to recognize this interest because exotic animals are usually torn away from their mothers prematurely, beaten into submission by trainers, are often doped up to be docile, and are deprived of everything that’s natural and important to them.

PETA is claiming that the tiger himself came from a zoo where the owner, Michael Hackenberger, is facing animal cruelty charges for using a whip on a Siberian tiger in his care. Prior to the charges Hackenberger supplied exotic animals for a wide variety of movies and media, including supplying tigers for The Interview and Life of Pi.