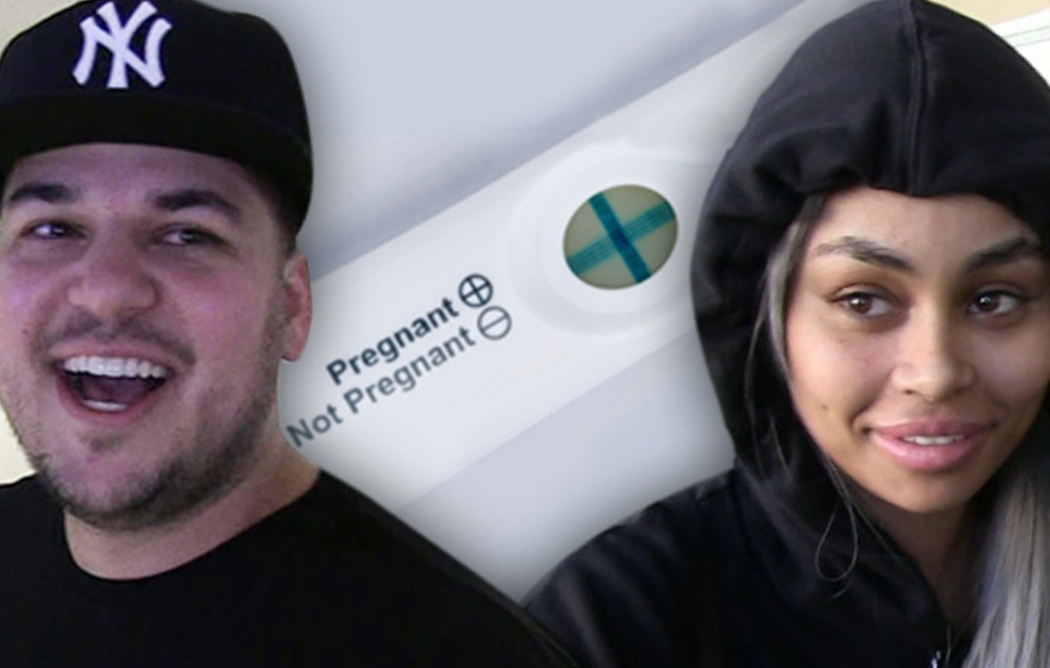 CONFIRMED: Blac Chyna & Rob Kardashian Are Pregnant with The Only Baby to Carry-on the Kardashian name. See the top 10 Epic Internet Reactions! People are still wondering if this is true or not.  It is and has been confirmed and re-confirmed.  Blac Chyna pulled off the ultimate revenge, it’s as if Shonda Rhimes was texting her a step by step blueprint on how to get back at the Kardashian family and this is the season finale. For those of you who have have been living under a rock, or have no access to the internet, let me quickly catch you up. Blac Chyna and Kylie Jenner’s current boyfriend Tyga used to date.  They have a son together named Cairo.  Then the following happened: Blac Chyna started to plot her revenge.  In doing so, she chose to prey on the black sheep of the family; Rob Kardashian.  It was easy, he had super-low self esteem and she had a big booty.  Her 54step plan was executed flawlessly:

STEP2: Give up the backshots and get’ gifted a Lamborghini and a $325,000 wedding ring

STEP4: Never work again a day in your life.

Blac Chyna and her ratchet mama can now retire into the sunset. Game, set match.

E! did a great job of drawing out the new family tree. KRIS JENNER TRIES TO FIND A WAY TO WIN

Kris Jenner knows the power of the booty and she is a brilliant business woman.  She’s smart enough to know that when it comes to relationships, when you try to break people up, it just pushes them together.  She figured the only way to capitalize would be to go with the flow and try to bank on every move along the way.  She began early pushing for them to get a reality show.  To facilitate things, she brought Rob a house so that Blac Chyna could move in, creating the perfect Reality Show atmosphere.

She continued to bank on the situation by using the pregnancy news herself, blindsiding Blac Chyna and telling the public early to promote the upcoming season of KUWTK.  Kris leaked it in a promo trailer.

Blac Chyna was planning on releasing the news exclusively using her new emojis.  She still did it, but it had less of an impact because Kris already stole her thunder.  Rob actually looks better as an emoji then he does in person. Yep.  That’s right.  However we did a little rough math and according to our calculations, the baby should be fine, assuming that she stopped that behavior once finding out she was preggers.  Typically you wait until after week 12 to report to friends and family that you are pregnant because the chances of a miscarriage drop considerably.  12 weeks ago, would be February 13th, and she was arrested on January 29th.  Even if she is more pregnant then we think, she is probably still ok, although using ecstacy is not ever really a good idea even if you are not pregnant.

With all the above going on, the internet is going wild and that’s what we live for.

INTERNET REACTIONS: We Have Our Top 10.  Ready Set Go