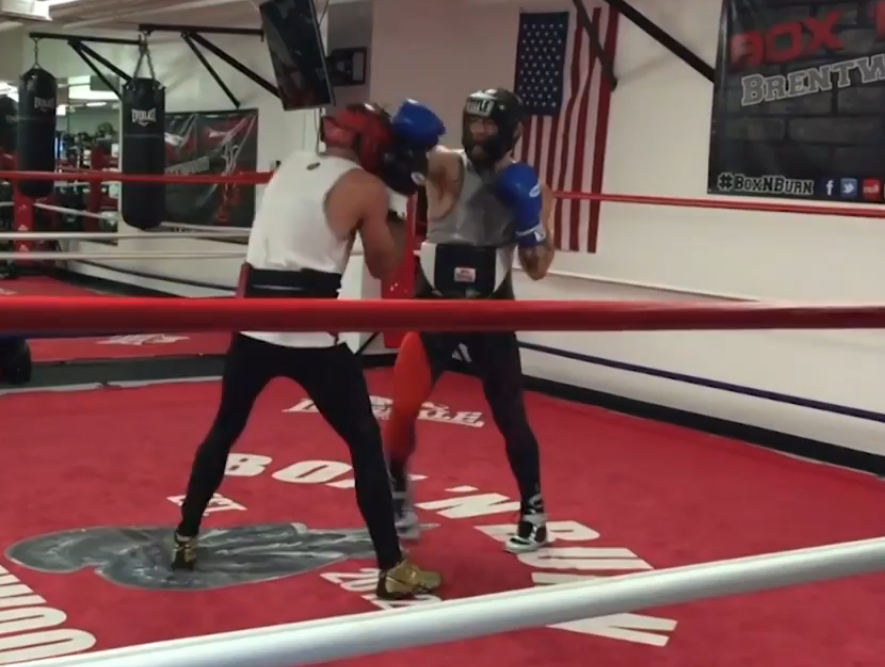 We Got Video Of Conor McGregor Boxing With A Former Champ, Is He Getting Ready To Face Floyd Mayweather? Those Conor McGregor vs. Floyd Mayweather rumors are still floating around the internet. Nothing official has been set, but we know Floyd has already said Conor is the only person he will come out of retirement to fight. We’re sure that decision is mostly about the money, but the undefeated boxing champion also believes it would truly be an interesting match.

“You have (a boxer) against an MMA fighter — one of the best MMA fighters to ever … stand up and do it. He’s a strong fighter, and when I look at his fights, he’s a little faster than I thought he was.” Floyd told ESNews.

As for Conor? Well, he’s currently training hard. Extremely hard. Ever since he returned to Los Angeles, he’s been hitting the Box ‘N Burn gym in Brentwood every single day. In fact, gym owner Tony Jeffries (undefeated pro boxer) told TMZ that sometimes he shows up twice a day to train.

And just the other day, cameras caught Conor in an intense sparring session with former IBO welterweight champ Chris van Heerden. The session was mostly to see if the UFC fighter could hang with a boxing champ.

How did he do? Well, watch the video below. Jeffries was certainly surprised, “I never thought [Conor] had a chance at beating Floyd until I saw him box today. Now I am on the fence.”