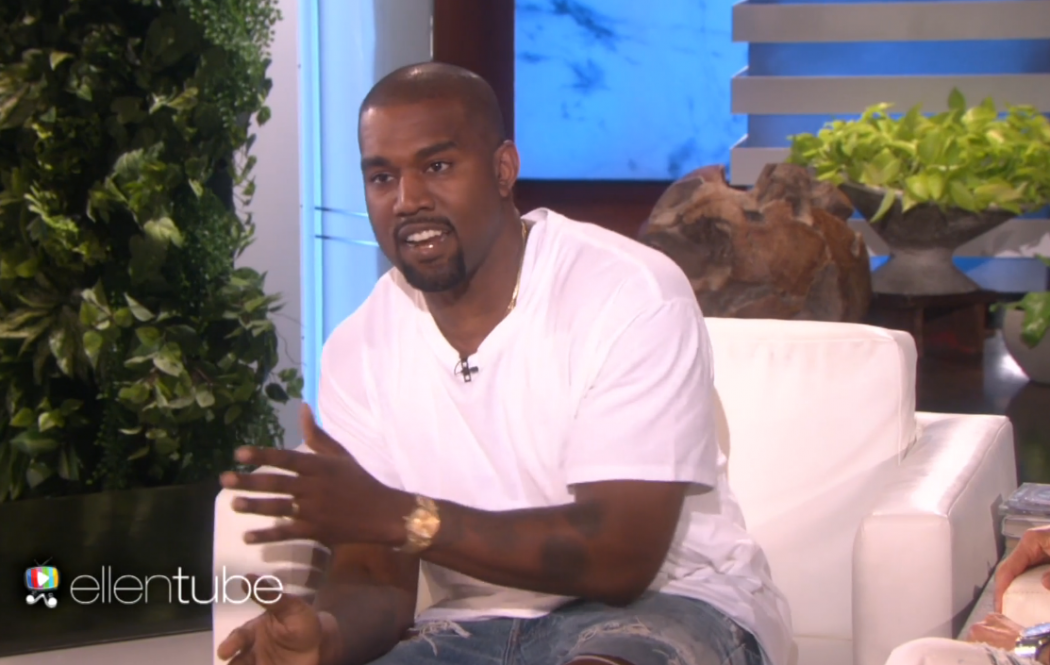 Ellen DeGeneres (And Her Audience) Left Speechless After Kanye West Goes On One Of His Greatest Rants EVER! (VIDEO) You can hate Kanye West all you want, but you must admit the world would be a far less entertaining place without him. He might not always be right, and he certainly doesn’t always make sense, but when he gets going on one of his rants? You just can’t look away.

His latest rant on The Ellen Show might be his best one yet. All Ellen did was ask Kanye about his rants on Twitter, and that triggered a 7-minute rant, which included him revealing that he has ideas “that can make the human race’s existence within our 100 years better. Period. F–k the paparazzi.”

Apparently, he’s back to hating the paparazzi. That’s fine with us. It’ll hopefully provide some more entertaining videos, because this is what Kanye is all about. Sure, there is a part of him that truly believes all this sh-t he’s saying, but there is also a part of him that knows his rants always get a lot of attention. And the more insane and intense he sounds, the more attention it’s going to get.

So, in the middle of some epic truth bombs, he’ll occasionally drop something like this…

I’m sitting with [President Barack] Obama, and Leo [DiCaprio]’s talking about the environment, and I’m talking about clothes, and everyone looks at me like, that’s not an important issue. But I remember going to school in fifth grade and wanting to have a cool outfit. I want to take away bullying.

Hey, man. We all want to take away bullying, but let’s make sure these kids at least have a planet to be bullied on before we worry about sending them to school with $100 shirts.

You can watch his full rant below, and yes you will want to watch it. It’s classic Kanye.