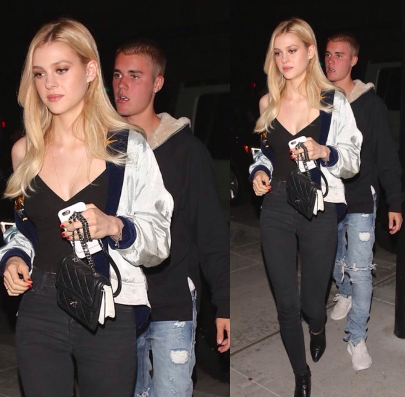 Justin Bieber Goes On Date With ‘Bates Motel’ Star Nicola Peltz, Find Out Why It’s Probably The First Of Many! Now that Justin Bieber’s relationship with Selena Gomez finally appears to be over, we’re now free to examine every little date he goes on until he finds himself a new lady.

Last week, The Biebs had everyone talking after going on a dinner date to a steakhouse in Beverly Hills with Nicola Peltz. You might recognize her from the TV series Bates Motel, Transformers: Age of Extinction, or possibly Zayn Malik’s music video for It’s You.

SO WHAT HAPPENED DURING THIS DATE? ARE THEY MARRIED NOW?

No, no, no. That’s not how dating works, unless you’re a member of the Kardashian family. We have multiple sources commenting on this dinner date, and as usual, they’re all saying different things.

You have one source who claims Bieber is REALLY diggin’ Peltz. To the point where he’s seriously considering settling down for her…

Justin has a crush on Nicola and really enjoyed the date with her the other night. He wants to settle down and have a relationship. He feels like something steady would be good for him.

But the other sources claim it was just a simple date between friends. Justin thought she was pretty on the outside and wanted to know if she was pretty on the inside as well. All sources agree that both Justin and Nicola had a wonderful time together and they have made plans to go on another date soon.

Of course, we’ll keep you posted. And for those who missed it last week, Justin gave his fans a special treat on his Instagram.

He’s got that “brah” photo face down. I bet he works on that sh-t in the mirror.