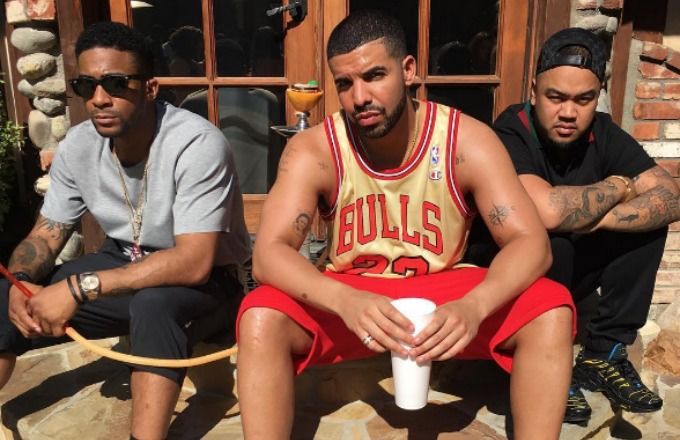 What better way to celebrate Memorial Day along with the fact that your new album is killing the charts? How about an epic pool party at your mansion located in Hidden Hills, California.

If you are Drake that’s definitely what you are going to do.

I’m not sure if you have ever seen this place when it isn’t covered by wall to wall THOTS but the property is beautiful.  It’s the modern day playboy mansion, complete with its own Playboy (Drake) and Grotto.

Pause  – Grotto is one of those words I keep using but don’t officially know what it means.  I know what it is…but not officially.  So for those in the same boat, Grotto is a natural or artificial cave often near water  or often flooded or liable to flood at high tide.  BOOM!  Carry on.

The house was originally on the market for $27 million back in 2009 and when the owner needed money in 2012, Drake snatched it up for a mere $7.7 million.  It comes with all the bells and whistles you have come to expect from a Hidden Hills, Mansion: six bedroom, ten bathrooms, a 28 seat home theater, a gaming room, a spa, a gym a wind cellar, riding stables, a volleyball court and the best of all…a bookcase that swings open to Drake’s bedroom.  Yeah…it’s good to be Drake.

Here are a few photos of the party area where the brawl took place. There were a few photos surfacing that showed everyone was generally having a good time.  Of course there were a few celebrities spotted as well like Romeo Miller, Brandon Jennings and Demar Derozen to just name a few. TMZ reported that the neighbors were not feeling the entire thing. There were several noise complaints and then the fight broke out.  We dug deep and found the extended video clip which shows just how big this fight really was.  Take a bucket of THOTS, mix with cheap alcohol and even cheaper hair weaves and you get the following.  Watch: