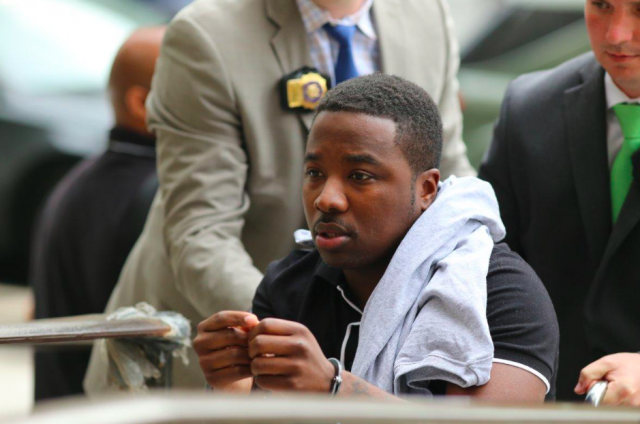 Taxstone is rumored to be the person who had the beef.

In this Pix 11 news video, Ronald McPhatter’s brother, Shanduke McPhatter,  is referring to a person that Troy Ave had issues with, that person is rumored to be podcaster and internet personality Taxstone.

That’s the most credible source so far that has dropped Taxstone’s name, everything else has been rumor and internet hearsay.  In fact, Shanduke doesn’t really say Taxstone specifically.  Shanduke told the press:

I was aware of the ongoing beef that was happening with Troy Ave and the other individual.  I would have not let those two gentlemen in that club

Taxstone himself has been unusually quiet but still releasing podcasts.  He has not spoken on the situation which is probably wise, but for someone so outspoken that is also a little shady.

There is still way more to this story which we will follow closely and post details on our Facebook page as they are revealed.  Once all the surveillance footage is completely uncovered and the NYPD’s investigation is completed, the story will most likely change again.

It’s important that Troy Ave be disconnected from the actual murder but somehow he will have to answer for firing a gun in the crowded VIP section of the venue.  A good self defense argument is the only thing that will prevent him from doing jail time.

His lawyers will have to go hard to convince a jury because the video shows him casually firing the gun as if he does not care if he hits a target or not.  Clearly that is not self-defense.  If he were defending himself, he would most assuredly care that he was hitting the target that was threatening his life.

TAXSTONE: This video is of Taxstone talking about his beef with Troy Ave.  Honestly it doesn’t seem like the beef was THAT serious but towards the end he seems to have a fixation with making sure Troy Ave does not succeed.

That fixation is a little scary.

The 2nd video is from Troy Ave’s interview on Hot 97.  This is when my attitude changed about him and I became a fan.

Going upstairs, getting a CD so you can sell it for $5.00…that’s grinding.  He appeared humble but confident.  It was a good look for him, which makes the shooting incident a shame.

This entire situation is tragic because both Taxstone and Troy Ave have been grinding a long time, they were both finally getting money and just like that, it can be gone.

Let’s hope that’s not the case for either of them.