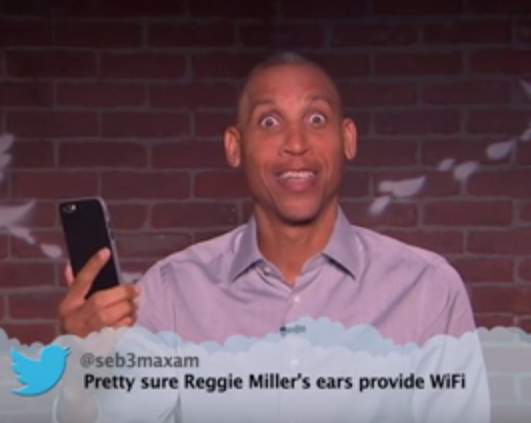 Jimmy Kimmel’s “Mean Tweets” segment is like a can of green beans. It just never gets old. It’s always going to be there for you when you need it. The latest edition of Mean Tweets featured NBA stars, which is something we have seen in the past, but the trolls on Twitter really stepped up their insults for this one.

This might be the first time I’ve laughed out loud at every single tweet. There wasn’t a lame one in the stack. The hilarious clip below features Russell Westbrook, Stephen Curry, Magic Johnson, Reggie Miller, Jalen Rose, Dikembe Mutombo, and a few other stars.

As always, we’re not going to be one of those sites that spoil all the best tweets for you. Watch the video below and be surprised…FOR ONCE IN YOUR LIFE! We also included last year’s edition of NBA Mean Tweets, because we are super nice people and we love you all. Or maybe not love. That’s a strong word, but we definitely appreciate you and would be willing to take care of your dog if you went on vacation.