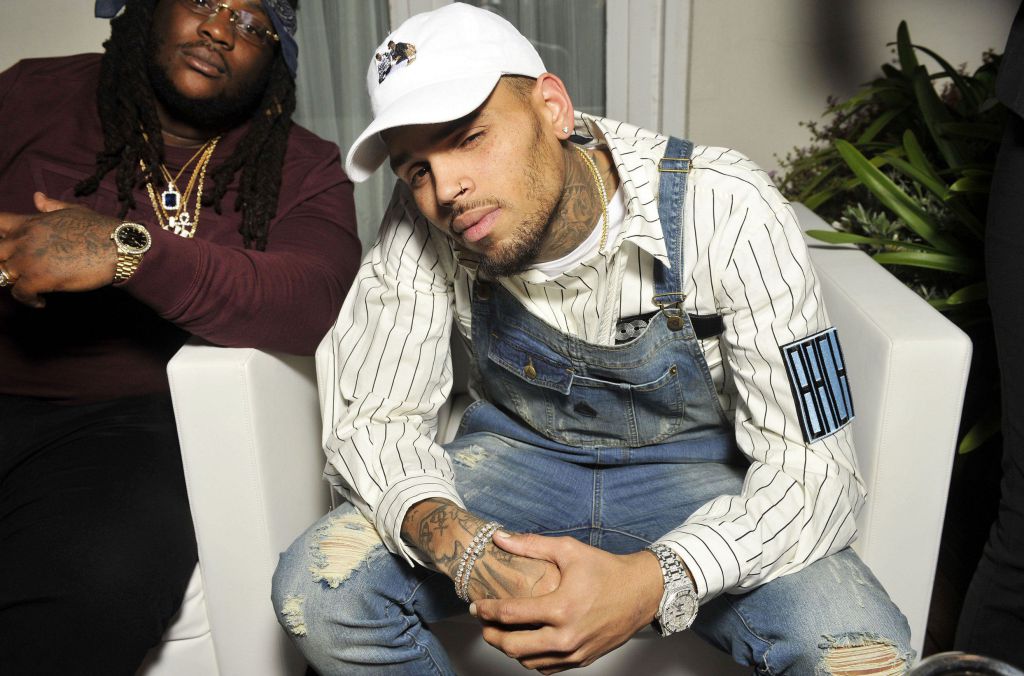 Chris Brown Harshly Responds to TMZ After They Post A Viral Video Of What Looks Like Brown “Stomping” A Fans Head. (Both Videos) Some might say that Chris Brown just can’t catch a break.  I will say that his entire life has been a break.  It’s all perspective.  However, I will also say that he is constantly under attack by Celebrity Gossip sites.

What we love about Chris is that he doesn’t take the attacks quietly.  He claps back…and usually it’s pretty harsh.  This is no exception.

Reports surfaced on Friday that Chris Brown “Stomped” a fans head at a concert.  TMZ posted this picture of Malek Mokrani.

Mokrani was at a performance of Brown’s at Cannes back on May 18th, and as you can imagine this picture immediately drew headlines all over the internet. Malek Mokarni shown in the neck brace said that he went to the hospital after suffering neck and head pain and was going to file a police report.

Then TMZ followed it up with this video clip of the actual incident.

Before you react to the video, listen to Chris Brown’s response.  Then I want you to re-watch the video.  You might see it in a different light.

Chris is clearly pissed.  He wasted no time letting everyone know that the entire thing was bogus.  It appears, Chris really does not like TMZ..at all.  Here’s what he had to say.