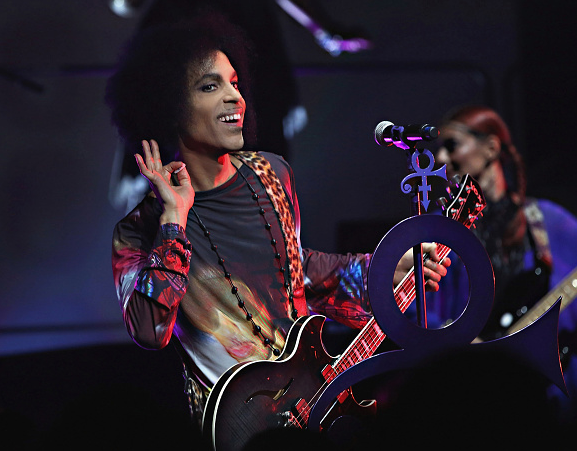 Today would have been Prince’s 58th birthday. He was born on June 7, 1958. As you all know, the legendary musician died back on April 21, 2016 after he was found unresponsive inside an elevator at his home. We learned last week that the official cause of death was accidental overdose of the opioid fentanyl. It’s a prescription drug that is reportedly 50 to 100 times more potent than morphine.

But today, we’re not going to focus on his death. The people of Minnesota (and the people of the world) are going to celebrate his life. Governor Mark Dayton has officially declared June 7 as Prince Day in his home state of Minnesota.

They are hoping everyone will show their support by wearing purple, “Minnesotans are encouraged to wear purple on Prince Day in honor of The Purple One’s enduring legacy.” Tributes and memorials dedicated to Prince on the fence that surrounds Paisley Park on May 2, 2016
Credit: Adam Bettcher

As most of you know, Prince was loyal to his state. He made the decision to stay out of Hollywood. He wanted to settle down and relax in his state of Minnesota. His good friend Nik West told Fox News the following…

He said Minneapolis raised him … [moving] will never happen. He would say, ‘I’m never leaving … there’s a legacy here for me.’ He was just all about just being who he was — being at home.

You don’t see many celebrities sharing that same passion/loyalty to their home state. In fact, some people are even embarrassed by their history. But Prince was different…in all aspects of life. There will never be another performer like him.

Throw on some purple today. Show the man some love.