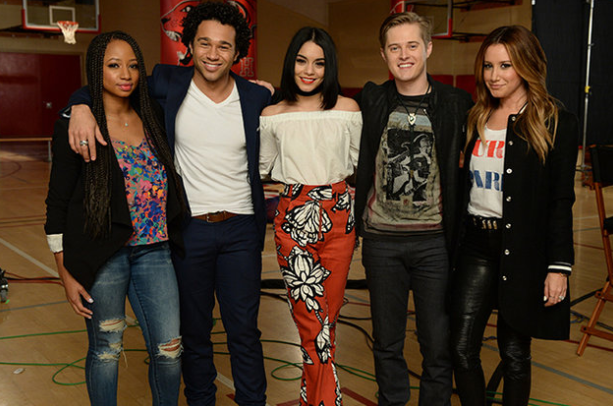 We Got Details For The Upcoming ‘High School Musical 4’ — Plus Find Out If Ashley Tisdale Plans To Return! We know some of you hate the fact that Disney is trying to bring back the High School Musical franchise. And here at TVST, we understand your concern. We were fans of the original movies, and it’s difficult to see how it’s going to be the same without the original cast involved.

They got three solid films out of the cast (or four if you count Sharpay’s solo film) ISN’T THAT ENOUGH? WHY MUST HOLLYWOOD BRING EVERY SINGLE THING BACK FROM THE DEAD?

Money and lack of creativity are the answers you’re looking for.  But whatever, you know? A High School Musical 4 is happening. We should just accept it and hope for the best. WHAT WE KNOW SO FAR…

Disney has revealed there will be a main character named Campbell, who is reportedly the cousin of Sharpay and Ryan. This has made some fans excited because they figured Ashley Tisdale would be returning since her character’s cousin is set to be the star of this sequel.

But we have some bad news for you. During an interview with New You magazine, the 30-year-old actress explained that she has no (Read More)