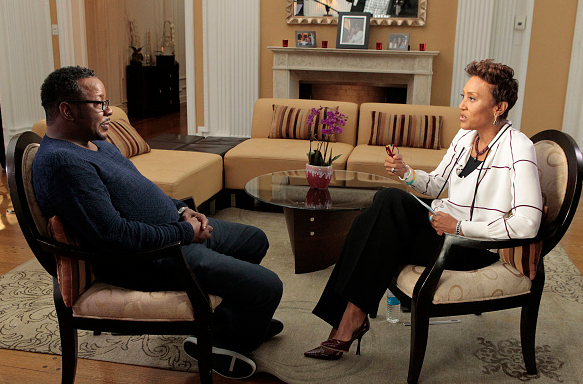 Bobby Brown Speaks Out And Tells Everyone That Nick Gordon Played A Role In The Deaths Of Bobbi Kristina AND Whitney Houston! (VIDEO) We’re still trying to get over Bobby Brown’s shocking/disturbing/hilarious interview with Robin Roberts for 20/20. The hour-long interview was so insane that ABC decided to air it on Tuesday instead of the normal Friday night slot, which generally brings in lower ratings because people are out getting their Friday night on.

It would be almost impossible to cover every juicy detail from the interview, but we’re going to give you some of the juiciest parts. So, put your drinking glasses on the table and get ready for an energizing shot of vitamin Bobby B.

BROWN CLAIMS HE HAD SEX WITH A GHOST…SERIOUSLY

During the interview, Brown claimed (with a straight face) that he was essentially raped by a ghost inside his Georgia mansion. He told Roberts that it was a “really, really spooky place” and that when he woke up one night, “I was being mounted by a ghost.”

Now when someone says they were sexually assaulted by a ghost in the middle of the night, you’re going to request more information. And that’s exactly what Roberts did. She asked Brown if he might have been taking some hardcore drugs at the time. After all, we know about his struggles with substance abuse.

A crazy situation is locking your keys inside your car and then realizing you’re trying to enter the wrong vehicle and your keys have been in your pocket the entire time. Getting pounded by a ghost isn’t a crazy situation. It’s the plot of a Nicolas Cage film.

BROWN SAYS HE IS NOT A VIOLENT MAN

The 47-year-old singer claims he only hit his ex-wife Whitney Houston once. He wants everyone to know he’s not a violent man. The assault came during a difficult time in his life when he was trying to maintain sobriety.

“I’ve never been a violent man toward a woman ever.”

Except that one time when you were, right? But hey man, it’s cool. You were raped by a freaking ghost. That’s some traumatizing sh-t. You can probably get disability benefits for something like that. How are you supposed to work after that?

AND FINALLY, BROWN BLAMES NICK GORDON FOR THE DEATHS OF BOBBI KRISTINA AND WHITNEY HOUSTON

It’s time to get serious now. There might have been a lot of silly moments in the interview, but it was also filled with genuinely sad and painful moments. You can see how much Brown misses his daughter and his ex-wife.

And you can also see just how much he hates Nick Gordon. In fact, he won’t even say his name. He can’t. Roberts had to say it for him.