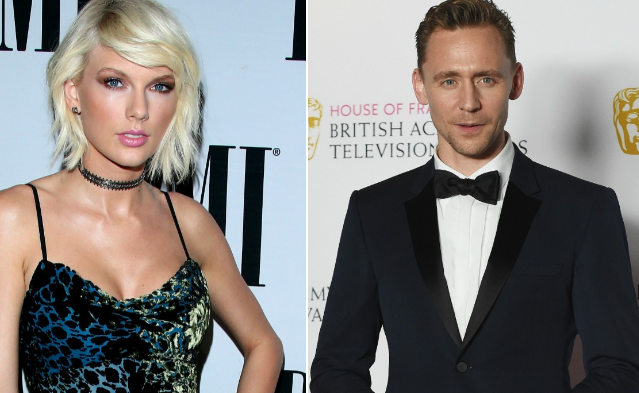 Damn. It looks like Taylor Swift was tired of getting her heart smashed to pieces. This time, she is doing the smashing, and it’s working because her ex-boyfiriend Calvin Harris is NOT happy.

You might have seen the photos by now. The photos that clearly show Swift making out with Tom Hiddleston near a beach. They were also seen holding hands and taking adorable selfies. The Sun published the photos and slapped this hilarious headline on them, “TINKER TAYLOR SNOGS A SPY” If you look through the photos on the site, it almost seems like they’re staged. Or maybe Tom and Taylor wanted the photographer to find them. They certainly didn’t appear to be hiding. It could be that T-Swift heard the rumors going around that Calvin broke her heart, and she wanted to be like, “No…I dumped his a**” without coming out and saying it directly.

In any event, Mr. Harris is not happy about it. Not only did he delete nearly every photo of her from his social media accounts (GASP!) he also sent out this tweet right after seeing the photos being spread online…

Of course, that tweet has since been deleted. We’re not exactly sure what he meant by that. Is he going to fight Tom Hiddleston? Because I’m pretty sure he would lose.

Good for them. We all know couples that dance together typically stay together. Dancing fixes any argument you possibly could be having with your spouse.