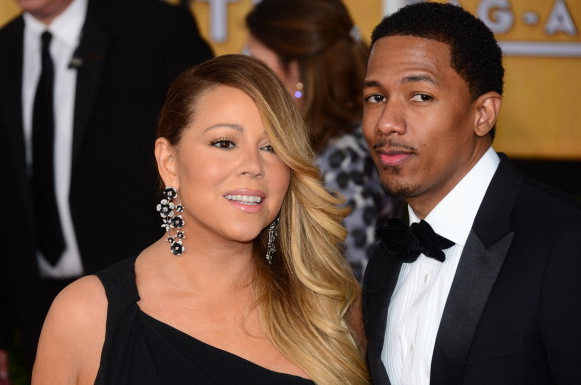 Now that Nick Cannon is trying his best to become the next Ryan Seacrest, some of you have probably forgotten about his rap career. He started rapping as a teenager, forming a group called Da G4 Dope Bomb Squad, which opened for LFO, Montell Jordan and even Will Smith.

And even though his skills as a comedian/host/actor have always been the things that pays the bills, he still enjoys getting in the studio and letting the words flow out of him.

That’s exactly what he did recently for his ‘Divorce Papers’ freestyle. You might hear that name and think, “Damn. I bet he’s going in hard on Mariah Carey!“ But it’s actually a sweet track that does briefly talk about the divorce, but it’s more focused on his concerns as a father.

He wants the best for his kids, and admits it’s hard to hear them having fun without him:

My daughter said daddy why your eyes in tears/ because last time I dropped your brother off I didn’t get a call the next day and it felt like years/ and Ima be honest/ sometimes I hate to hear you’re on the other line having fun without me/ I wonder if my son will ever doubt me…/ What’s love I don’t care about it I just want my kids to be safe.

As some of you might know, there have been rumors going around claiming Cannon is refusing to sign the papers. He doesn’t really talk about any rumors in this track, but he did drop this clever line, “When y’all need help/ y’all call me/ When I need help, y’all call TMZ/ and y’all believe everything that you see.”

Not bad, Nick…not bad. You keep doing yo’ thing. Just stop trying to poke Eminem. These past few weeks, we’ve seen what happens when kids try to play with wild animals.