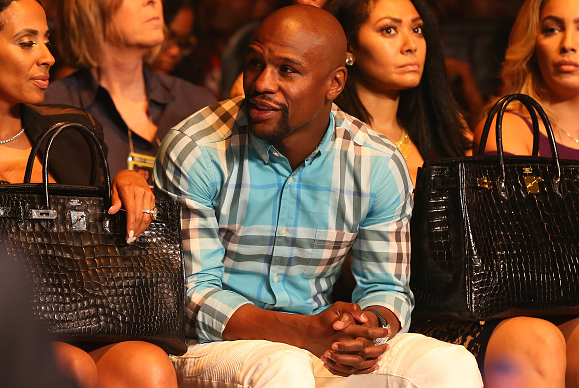 But Floyd ‘Money’ Mayweather? He has TWO private jets. That’s right, the 39-year-old undefeated boxing champ purchased a new private plane two weeks ago. Not because his first private jet broke or stopped being private enough…he just really wanted a new toy to play with.

According to Floyd’s rep: “It’s a 12 passenger Gulfstream III with gold cup holders, gold sink, gold accents throughout. It has all white leather seats and a fully stocked kitchen. He now has two jets. Air Mayweather 1 and 2.”

TMZ claims similar planes go for around $37 million, but when you have a net worth over $500 million, that’s just a meal for two at a fancy restaurant for the average American.

By the way, this purchase comes just a few days after the former boxer dropped $7.7 million IN CASH on an ‘ultramodern’ home in Miami.

We have photos of the house and the private jet. Dream big, folks. Dream big.