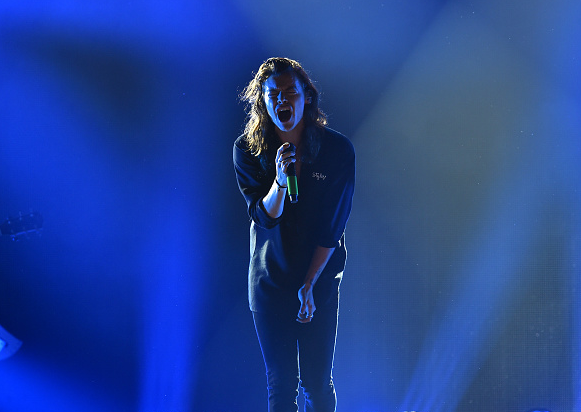 Multiple Directions: Harry Styles Is Officially Going Solo, And We Feel Like We Deserve An Apology! We told you so. After Zayn Malik left One Direction last year, we told you all that the band would never be the same and you should expect Harry Styles to follow Zayn out the door. He’s the most popular member of the band, and if you look throughout history, the most loved members always go solo.

Who were the two stars of One Direction? They were clearly Zayn Malik and Harry Styles. Once Zayn left, it was just a matter of time before Harry left to focus on his career as a solo artist. The band can call this a “break” to make fans feel better, but we all know what’s going on.

We called it several times on our site, and every single time we received a ridiculous amount of hate for it. WE CAN TAKE IT, WE’RE NOT COMPLAINING!

However, it would be nice to get an apology now that almost every major site is reporting Mr. Styles is officially going solo. Billboard confirmed the 22-year-old singer has signed a solo recording contract with Columbia Records, the same label behind One Direction. The details of the deal haven’t been released, so we can’t tell you when you should expect some solo jams from Harry; however, we can tell you they are coming. And if he’s successful (he will be) it will be the end of One Direction.

It’s okay though. You will get over this. There will be new bands. New hair. New songs. New dance moves. New accents.

Life will go on. Even Simon Cowell was beginning to accept that this might happen back in 2015. He told Billboard the following…

I don’t know if it’s a hiatus or a breakup, to be honest. In a weird way, I don’t want to know. I don’t think they’ve had enough time to experience what it’s like not being in the group to really answer that.

We’re sure there will be some reunion tour 30 years down the road. Don’t be sad. Watch this video of a baby elephant.