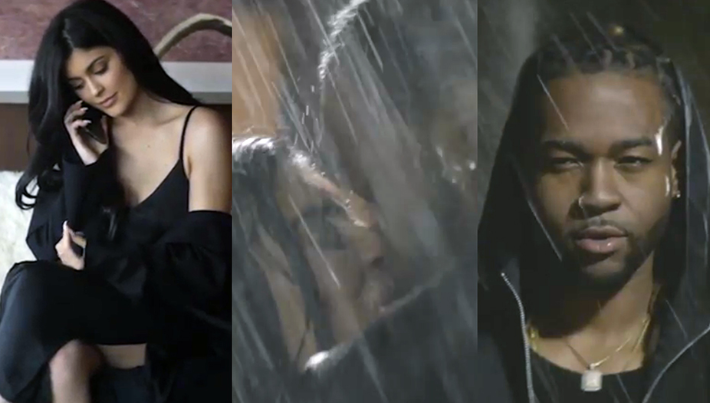 20 years ago, you knew a couple was “official” when they started wearing matching outfits or sharing headphones while listening to Keith Sweat on a portable CD player.

Things are a little different now. You can tell things are getting serious between two people when they start posting cute Instagram photos together. Or when they start sending each other suggestive emojis late at night.

But if you’re a famous recording artist, there is an even more obvious way to let people know you’re dating someone.

You put them inside your music video and make out with them. PartyNextDoor made his new girlfriend, Kylie Jenner, the star of his new music video for his track Come and See Me. The video was released on Thursday and it’s already getting everyone’s attention.

Kylie and Mr. Door are separated for most of the video, but they meet up at the end and that’s when the kissing begins. According to the insiders, their relationship became official back in May.

Kylie and PartyNextDoor are definitely dating. They’re talking and texting nonstop. He’s as into her as she’s into him.

I think we can all agree: PartyNextDoor > Tyga