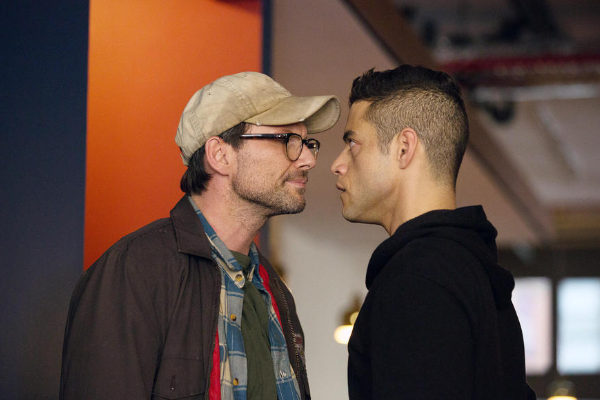 Have you been looking for some new shows to watch? We got you covered. Or more accurately, your favorite celebrities have you covered. You trust them when they promote expensive beauty products and protein shakes on Instagram, so why not follow their lead when it comes to television programming?

Check out the list below to see what shows your favorite celebrities are watching. We got a few comedies, some dramas, and even a game show. Logline: “Finding out that their husbands are not just work partners, but have also been romantically involved for the last 20 years, two women with an already strained relationship try to cope with the circumstances together.”

Oh my God. What am I thinking promoting this? Not only are the two stars of the show over the age of 70, but they are also women! If we have learned anything from Hollywood, it’s that women over the age of 40 should stay inside their homes and bake cookies all day. Males in their 20s can’t relate to old ladies! IT WILL NEVER WORK!

Wait, what about The Golden Girls? It’s been off the air since 1992 and young people today are still watching it. The series is still so popular today that a ‘Golden Girls’ cafe will be opening in New York this summer. Studios might think viewers won’t care about people over 50, but the truth is they will care about any show as long as it’s entertaining.

Netflix’s Grace and Frankie is extremely entertaining. The first season started off a little slow with the critics, but the second season was incredible. Most people agree it was a huge improvement over the first season.

One of those people being Miley Cyrus. Heck, she might be partially responsible for getting the show a second season. Back in May of last year, the 23-year-old singer tweeted (to her 30 million followers,) “I found my show! #GraceandFrankie On a bender! Jane & Lily are so bad a$$!”

Soon after that tweet was published, the co-creator of the show received some great news from Netflix, “Miley Cyrus does a Tweet about your show, and they call and say, ‘We’d like to do a season two.’ So yes, there is a season two. We have Ted [Sarandos, a Netflix executive] and Miley to thank.”

The show was recently renewed for a third season. Click here to catch up on the two previous seasons. Logline: “A former White House Communications Director starts her own crisis management firm only to realize her clients are not the only ones with secrets. “

You have probably heard of this show. If Shonda Rhimes created it, there is a 99% chance you have heard of it. She’s the queen of network television, and this “political thriller” television series is one of her most successful shows. The talented Kerry Washington stars in the drama, and she won the Image Award for Outstanding Actress in a Drama series for her work on the show.

But forget about the awards, Scandal has something more important than any award out there. It has the approval of the First Lady, Michelle Obama.

“I watched all the seasons, I caught up on ‘Scandal,’ I had never watched it. I love Kerry Washington, she is amazing, so it makes the show fun.” Logline: “While a civil war brews between several noble families in Westeros, the children of the former rulers of the land attempt to rise up to power. Meanwhile a forgotten race, bent on destruction, plans to return after thousands of years in the North. “

I’ll be honest, I haven’t watched a single episode of Game of Thrones. I’m pretty sure that makes me a criminal, but hopefully you folks will go easy on me for telling the truth.

Super cool dude Chris Pratt watches the series though, and he absolutely loves it along with every other super cool person in the world. His favorite character is reportedly Arya Stark, and I’m like 99% sure that’s her in the photo above. But like I said, I haven’t watched the show, so that might just be an underprivileged child looking for a piece of bread.

Some of those links contain spoilers, so think before you click. Okay, I have watched this show, and it’s freaking incredible. If you haven’t watched the first season yet, you need to get on that sh-t ASAP. The second season premieres July 13. You have less than a month to accept Mr. Robot as your Lord and Savior. Please allow him to enter your heart and free your soul.

If you don’t trust me, maybe you’ll trust Jesse Pinkman. And you know, Mr. Paul knows a thing or five about great television. He starred in one of the greatest television shows in history, Breaking Bad.

I decided against pasting a logline for this show because it’s best if you go in knowing as little as possible. Just turn it on and grab a few towels, because your brain is going to explode. Logline: “After a bad break-up, Jess, an offbeat young woman, moves into an apartment loft with three single men. Although they find her behavior very unusual, the men support her – most of the time. “

If you’re looking for a fun show that will always put you in a good mood, then New Girl might be the show you’ve been searching for. It’s been on the air since 2011 and it’s still going strong. In April of 2016, the sitcom was renewed for a sixth season, which is scheduled to air in late 2016.

We know, it’s hard to ~enter~ a show after it’s already been on the air for five seasons; however, what else are you going to do with your life? Go outside? Eat? Shower? Talk to your family? Gross.

So who is the celebrity that enjoys this series? Christina Applegate. During an interview with Variety, she revealed her favorite shows were Castle, New Girl, Dance Moms, and American Idol.

And not to take anything away from Applegate’s endorsement, but Prince was also a huge fan of the series, and he even made an appearance on the show in 2014. The episode brought in more than 25 million viewers. What celebrity would actually admit that their favorite show is Family Feud? Kim Kardashian, of course. Who else could enjoy watching Steve Harvey’s mustache control his body for 30 minutes while a bunch of dorky white people make him uncomfortable by shouting out their sinful desires.

Kim admitted this while she was pregnant with her second child. She posted this little nugget on her website… 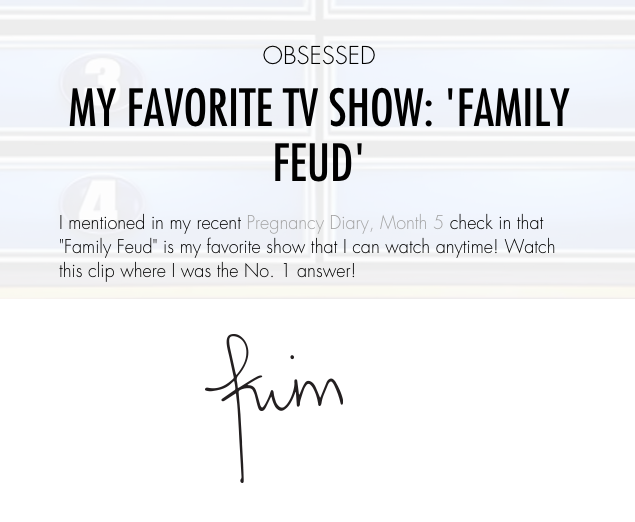 I guess those strange pregnancy cravings are legit. I like how she signed her name just to make it official. We get it, Kim. You’re easily entertained. Logline: “Life is really tough for Julie and Billy, two 30-something aspiring comics living and working in New York City. While their friends and acquaintances move on to find success and love, they continue to struggle with careers and relationships, getting more bitter by the day.“

What? The dude who yells at people on the streets of New York is also starring in a scripted television show? Yeah. It’s Billy Eichner’s first leading role in a scripted series, and he’s absolutely killing it along with his co-star Julie Klausner. The Hulu original premiered in August of 2015 and received mostly positive reviews from critics.

And it received a great review from Girls star Lena Dunham. She wrote this note on her Instagram account:

“I know I’m late to the party because I was in motherf–king JAPAN where Hulu is a very different affair but I LOVE Difficult People. It speaks to a deep dark part of me that I only expressed at camp and now to @jennikonner in the back of cabs. Julie & Billy are revelations and it’s all too much of a scream for words!”

The second season is scheduled to premiere July 12, 2016.