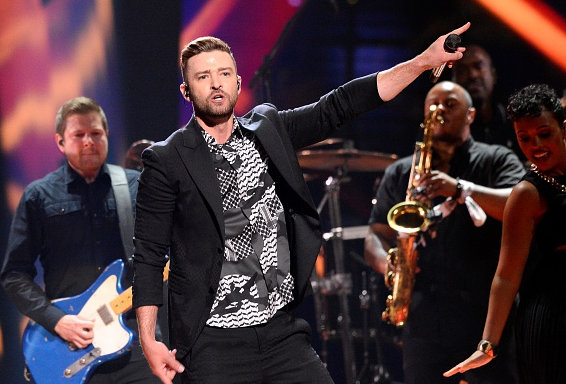 We were under the impression that Justin Timberlake was one of the most beloved pop stars around, but it looks like all this time people were just secretly planning their attack on him. Timberlake was watching the BET Awards last night when he was moved by Jesse Williams’ Humanitarian Award speech.

This invention called whiteness uses and abuses us. Burying black people out of sight and out of mind while extracting our culture, our dollars, our entertainment like oil — black gold, ghettoizing and demeaning our creations then stealing them, gentrifying our genius and then trying us on like costumes before discarding our bodies like rinds of strange fruit.

Damn. Even if you don’t agree with him (y not tho?) you have to admit those words are put together beautifully. I can hear them dancing around inside my head.

As you can see. It was a pretty simple tweet. He had 140 characters to work with and he only used like 40 of them,  but that’s all he needed to piss off thousands of people.

Twitter users accused the 35-year-old singer of being hypocritical, for clearly benefiting from black culture while not doing much of anything to support any of the real issues surrounding it. They also pointed out his 2004 Super Bowl (nipplegate) performance with Janet Jackson. His career took off and she was the one who suffered.

One user wrote, “Did you like the part when Jesse talked about white people stealing from us? That should resonate with you.”

Another user said, “So does this mean you’re going to stop appropriating our music and culture? And apologize to Janet too. #BETAwards.”

And that last tweet is the one that got a response from Timberlake.

Yeah, that was probably not the right response there, Justin. It only made the people of Twitter hate him even more. The negative comments continued to rain down on him and eventually he was forced to pull out the #UmbrellaApology.

Of course, maybe we all are part of the problem for allowing this to be a distraction. Instead of writing an article focusing 100% on Jesse’s powerful speech, here we are talking about a silly tweet from Justin Freakin’ Timberlake.

A TWEET! A TWEET THAT WAS HARDLY EVEN A TWEET…IT WASN’T EVEN A SENTENCE! IT WAS ONE WORD FOLLOWED BY HASHTAGS!

We are sick people. Get the medicine you need by clicking here and watching Jesse’s full speech.