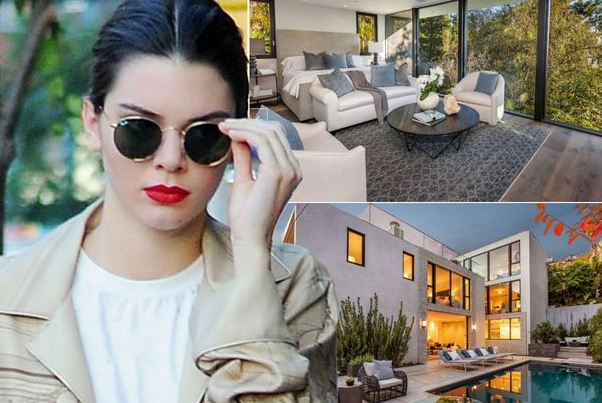 At Just 20-Years-Old, Kendall Jenner Buys A $6.5 Million House In West Hollywood…We Got The Stunning Photos! What was I doing when I was 20-years-old? Not much. I’m pretty sure I spent most of my time inside the house watching the Game Show Network, thinking, “Is this my life now? 10 hours of Lingo and then death?” If that sounds depressing to you, it’s because it was extremely depressing.

But as I have to constantly remind myself, this isn’t about me. We are here today to talk about a 20-year-old who has her stuff together.

Kendall Jenner has just purchased a $6.5 million home in West Hollywood. And not just any home, this beautiful crib was put on the market by Emily Blunt and John Krasinski. The original asking price was $8 million when they first put it on the market, so Kendall and her team should feel great about getting it for just $6.5 million.

According to TMZ, the house sits in the Hollywood Hills and as you can see by the photos, it has some incredible views. It’s 4,800 square feet with 6 bedrooms, 5 baths and a pool, because no celebrity home is complete without a fancy pool.

The magnificent outdoor patio was reportedly designed by John Krasinski himself, so that’s a neat “fun fact” Kendall can share with her friends and family when they visit.

As some of you may remember, back in 2014 (when she was just 18) the reality star/model purchased a beautiful two bedroom condo for $1.39 million. So in just two years, she upgraded from a $1.39 million spot to a house worth almost $8 million.

Not bad. Check out the photos below…