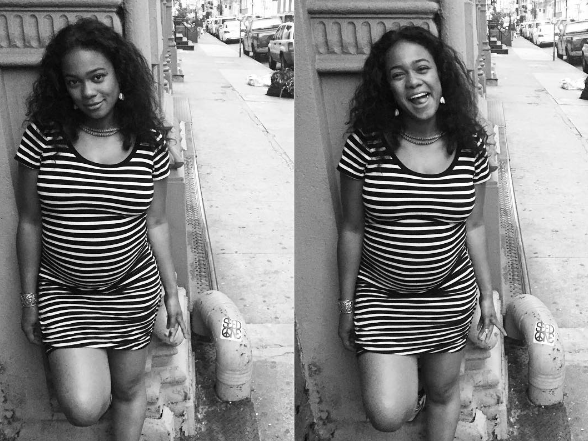 They grow up so fast. Tatyana Ali played Ashley Banks for six seasons on The Fresh Prince of Bel-Air. She grew up during her time on the show, and she has continued to dive deep into adulthood 20 years after the show went off the air in 1996.

The 37-year-old actress married Dr. Vaughn Rasberry during a romantic and beautiful wedding in Beverly Hills on Sunday. According to the reports, there were around 120 people invited to the ceremony. Tatyana wore a “custom-made Amsale gown and the ceremony included Caribbean touches to pay tribute to the bride’s roots.”

Fans of the actress knew a wedding would be coming soon because two months ago she posted about her lovely bridal shower on Instagram. She captioned the photo, “This weekend’s Bridal Shower Bliss! My sisters really gave me an afternoon to remember. Thank you @thesealis and @lilkim205 I love youuuuuuuu!!!!!” Tatyana’s wedding planner Michael Russo spoke with Entertainment Tonight about the wedding, “It was truly a magical and heartfelt ceremony. Tatyana was glowing as she walked down the aisle.”

In addition to being married, Tatyana and her husband also announced they were expecting their first baby together. They made the wedding announcement and the pregnancy announcement at the same time back in March.

Planning our wedding has been so exciting, but when we found out we were expecting, our perspective shifted completely. We want out ceremony to really celebrate our newest blessing!

And for those who don’t know, Tatyana and her husband met in a way you probably wouldn’t expect. They connected together on eHarmony back in 2014, and for months they would only send each other letters. It wasn’t until 3-4 months of letters that they decided to finally Skype each other.

Oh, and for those wondering how the good doctor popped the question, Tatyana explained the beautiful moment to ET…

He took me on a 45-minute hike in the Redwoods [in Yosemite, California], which he knows I absolutely love. [He] proposed in the most picturesque clearing. Just the two of us. It was so thoughtful and perfect. We’re best friends.