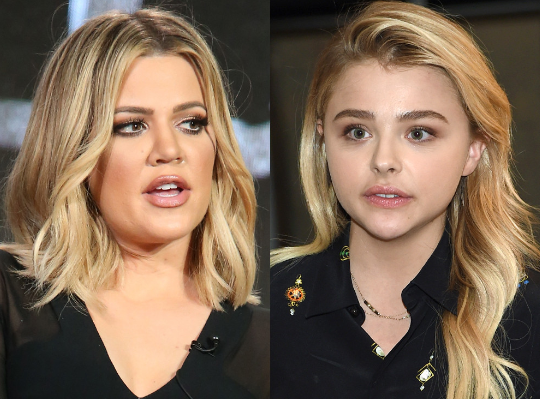 What’s the most important thing to remember when drama smacks the world in the face? You must take a side. The media wants you to take a side because it adds fuel to the fire. Even when it comes to silly Hollywood drama like the battle between Taylor Swift and Kim Kardashian. If you have no idea what’s going on, click here to read all about it.

Basically, T-Swift lied and her gaggle of friends on Twitter have been coming out to support her. One of those friends being Chloe Grace Moretz. She posted the two tweets you see below late Sunday night, and honestly I don’t see anything wrong with what she said.

To me, it simply sounds like she’s telling people to start focusing on sh-t that actually matters.

For some reason, Khloe Kardashian thought it was a good idea to attack the 19-year-old actress. Why she focused on Moretz is a bit puzzling, but nothing Khloe does makes any sense.

Let’s remember here. Khloe is freaking 32-years-old. She’s attacking a teenager on Twitter by showing the world her butthole? The saddest thing about that tweet? The girl in the photo on the right is not even Chloe Grace Moretz. It’s just some random chick.

As you can see in the photos posted by Chloe, she was wearing a blue bikini bottom, the girl in the photo above has a red one… Maybe Khloe should stay out of this fight. Kim and Kanye seem to be doing fine on their own. Don’t ruin their victory with your silliness. Getting dragged by a 19-year-old on Twitter is not a good look.