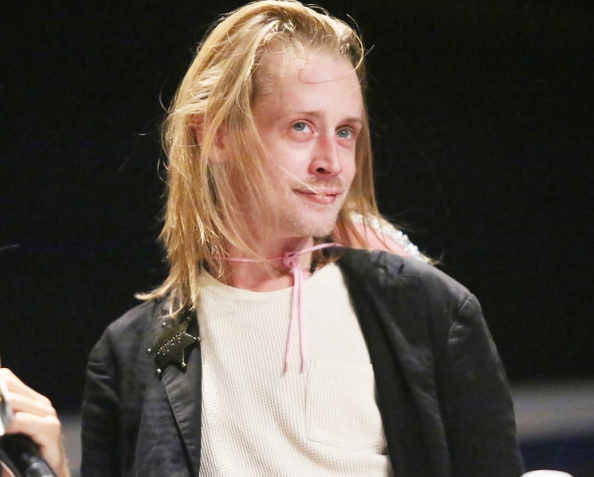 Macaulay Culkin Finally Talks About Those Heroin Rumors, Also What The Heck Is He Doing Now?

Culkin being interviewed when he was 10-years-old.

We’re just five months away from Christmas, which means it’s about time to start pulling out those Christmas movies again. There are so many to watch you have to start in August to finish them all. And most people (not everyone) but most people have the classic Home Alone film on their list.

Macaulay Culkin stars as Kevin in the 1990 family comedy, and it’s probably the role he’s most known for. Home Alone and My Girl. Back in the early ’90s, the world thought he was going to be the next huge movie star. That never happened though.

He kinda disappeared, and then things got a little scary after his devastating breakup with Mila Kunis. In 2004, he was arrested for possession of marijuana, clonazepam and Xanax. And a few years later, there were multiple reports going around that he was struggling with a heroin addiction. Some reports (at the time) claimed he was spending thousands of dollars a month to feed his addiction.

Were the reports accurate? Well, the 35-year-old actor talked with The Guardian recently and he claims the reports were exaggerated.

He was asked if people had a right to be worried about him, and this was his response…

Not necessarily. Of course, when silly stuff is going on — but no, I was not pounding six grand of heroin every month or whatever. The thing that bugged me was tabloids wrapping it all in this weird guise of concern. No, you’re trying to shift papers.

Culkin clearly didn’t want to talk about his past too much during the interview; however, he did reveal he was open to sharing a more detailed story in the future.

So what is he doing now that he’s no longer trying to take down the Wet Bandits? Mostly playing with his band The Pizza Underground, and this summer he’ll be helping a few musicians on their tour…

“I’m a big fan of jumping on people’s tour buses, making myself useful, doing load-ins and outs. I do everything except the merch table. I tried that, but … we didn’t sell anything.”

Good for him. He’s gotta do what makes him happy. I just hope he’ll surprise us more in the future with hilarious short films like this…