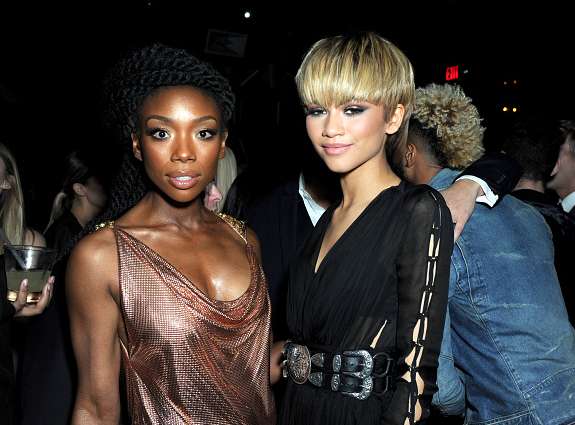 People like to make fun of her now, but back in the day Brandy was one of the most popular singers in the business. In total, she has sold over 40 million records worldwide, which puts her near the top of the best selling female artists of all time list.

And even though her music career might not be poppin’ right now, she’s still keeping busy with a number of TV and movie projects. But still, the music will always be in her heart, and she wants the freedom to create and release new music whenever she wants. Unfortunately she can’t do that right now because she’s stuck in a recording contract that has been described as “Brandy Norwood’s story is Kesha Redux, but without the sex.”

She has been signed to the label since 2011, and at the time it seemed like a sweet deal to her because they promised her hundreds of thousands of dollars in production costs to make her albums. After the first album though, they failed to deliver on their promise.

Not only did they fail to help her produce new music, they tried to prevent her from recording and releasing new music on her own. The lawsuit claims the drama put Brandy’s career in jeopardy. They also tried to pressure her into “giving up her non-recording avenues of including concerts and Broadway shows.”

Also in the lawsuit, Brandy quotes Prince by writing, “record contracts are just like . . . slavery.” It’s clear the relationship between the singer and the record label can never be repaired. According to TMZ, Brandy not only wants to get out of the contract, but she also wants the hundreds of thousands of dollars they owe her for pay or play fees.

Backstage.com explains the pay or play agreement as this…