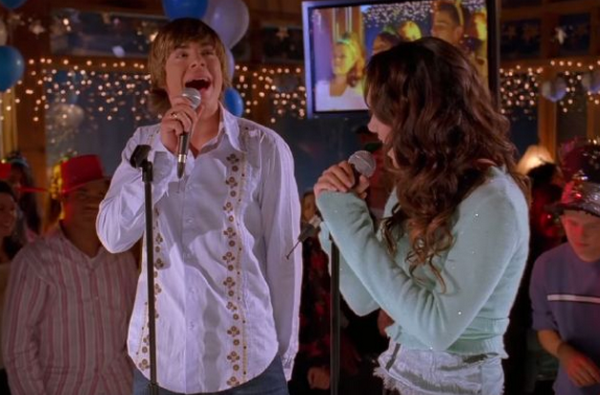 2. Lucas Grabeel Was Working At Blockbuster Before Auditioning

Remember Blockbuster? That’s where Lucas was working before he nailed his High School Musical audition. Even though he starred in Halloweentown High a year or two earlier, he still had to work at Blockbuster because he didn’t have any films lined up.

At one point, a customer brought up a copy of the Disney Channel Original Movie and told Lucas he looked like the guy in it. There is always at least one prankster on set, and Mr. Efron made it clear from the start that he was going to be the one pulling most of the pranks. He was constantly hitting his co-stars with water balloons.

But they did get him back. One day, they all chased him back to his trailer, where a huge bucket of water was waiting to be dropped on him…

“[The cast] chased him to his trailer with the water balloons so when he got to the door, he got literally a giant bucket of water poured on him, which wardrobe was so happy about.”