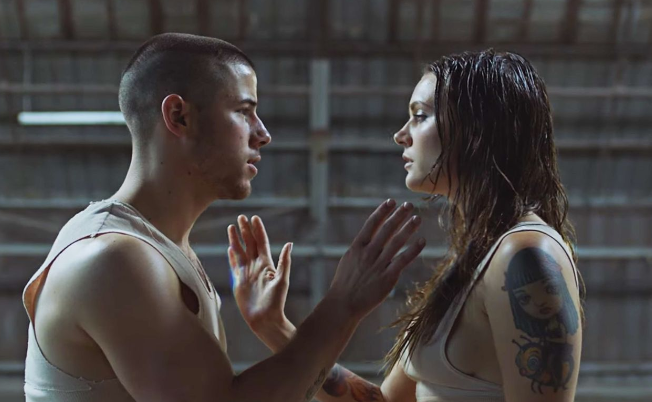 Taylor Swift And Nick Jonas Shut Out Of 2016 VMA Nominations, And One Of Them Is Not Happy About It! All award shows are pointless and boastful, but the MTV Video Music Awards might be one of the worst offenders. They just be handing out awards like candy, and over the past few years, Taylor Swift has collected a lot of candy. It’s like she’s been hitting up all the rich neighborhoods for Halloween and coming back with candy bars and rolled up five dollar bills filled with cocaine.

The 26-year-old star had a total of 10 nominations last year for Bad Blood. But when this year’s nominees were announced, Swift’s name wasn’t mentioned once. That’s right, folks. An award show without Taylor Swift giving us all this face might actually happen… Of course, the fact that she wasn’t nominated this year isn’t too surprising. She cleaned up last year, and the world is kinda experiencing T-Swift fatigue right now. We all need a break from Swift.

But what about poor Nick Jonas? The dude has been working his butt off, and he’s established himself as a legit solo artist now. His songs are being played all over the radio, and his single Close was one of the most popular tracks this past year. The music video for the song has over 128 million views. And if you watch the video, you’ll see a lot of work went into it.

Sadly, the song and music video got no love from the VMAs, and Mr. Jonas is not happy about it. He jumped on his Twitter account to tell his followers how disappointed he was by the news, “Disappointed with the fact Close got no love for the #VMAs2016,” he wrote.

His bad attitude didn’t last long though. A few minutes later he returned to Twitter and claimed “everything is awesome,” because he probably went to the bathroom and jerked one out. That’ll usually do the trick. The Jonas name will still be represented at the award show. Joe Jonas and his band DNCE were nominated for Best New Artist.