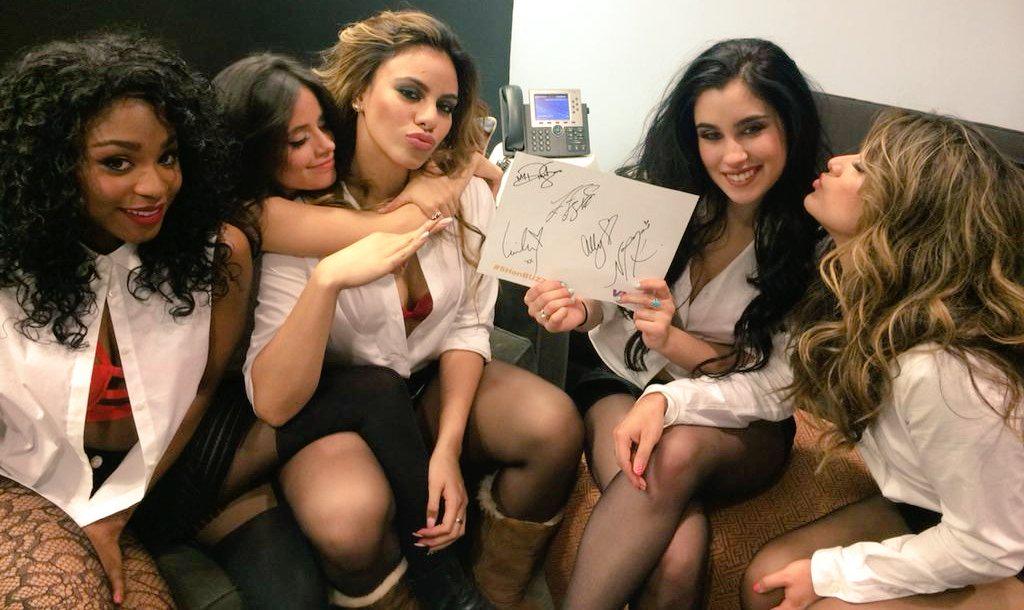 TAKE THAT! Normani Kordei of Fifth Harmony Posts an EPIC Response to Fans Who Accused Her of Throwing Shade at Camila During a Very Awkward Online Interview. Welcome to 2016 ladies and Gentlemen.  This is reality. One small stumble, or hesitation and the internet goes wild.  That’s basically what happened this week to Normani.

After giving an interview with Galore, a small stumble while trying to describe Camilla set the internet a blaze again regarding break-ups, Camila being an outcast and 5H shade in general.

I watched the interview and I have to admit, when Normani was asked to describe each band member, when it came to Camila, there was an awkward pause and then she did not give a very good answer.  She called Camila “quirky”.

Here is the interview.

This interview resulted in headlines like this one below from the Inquistr.

I think the interview showed that there is some strain in the relationship.  Not that Normani was throwing shade, but that she might be closer with the rest of the girls then she is with Camila.  There is nothing wrong with that at all. I think, if she could have come up with a great answer, she would have.  I think she wanted to.  Throwing shade would be purposely answering the question awkwardly as opposed to what you see in the video.

After 3 days of acting as if the headlines didn’t bother her, she erupted.  Despite retweeting several tweets saying that she would be ignoring the haters, Normani had enough.  She took to twitter, and with class and dignity, she attempted to set the record straight. I would like to address an issue that has been completely blown out of proportion.
It is a shame that after four years together as a group I have to address foolishness manufactured by those that have absolutely no idea what goes on. I have shown nothing but commitment for the success of Fifth Harmony even promoting on my days off but yet I always find myself as the target of unjust hate and slander. It’s just not right. I give 110% on and off stage because I am true to myself and the artistry. We learn in life that evil spirits exist and people don’t always treat you fairly but you continue to love anyway. I have love and respect for all four of my bandmates whether you choose to believe it or not.
My conscience and spirit are clear. For those of you who enjoy speculating and creating drama that doesn’t exist, please keep in mind that myself and the other girls in the group are PEOPLE, we feel hurt and sadness just like everyone else. Your perception of me isn’t equivalent to who I am or what God and my family have instilled in me, so regardless of those who plant false seeds in an attempt to diminish me, it just won’t work. The smartest thing you can do is recognize that making assumptions and passing judgment on others is wrong.
I am here to offer great music and performance along with my girls. This is our story so let us write it our way, instead of you trying to write it for us. I have given so much of myself to you by choice. I choose to LET YOU IN. I have seen many things throughout these past four years that could’ve changed me as a person but I continue to smile through it all. I am the keeper of my heart and I’m not meant for everyone to understand but you can respect me while trying to.

I doubt this will be the last of the break up and shade rumors.  In fact I doubt the group will stay together much longer.  That’s my personal opinion.  I will not make up fake headlines to support this and further stir the pot.  But after the pot is stirred, I will definitely have a taste.  Huh?  What?

You know what I mean.  Harmonizers rejoice!