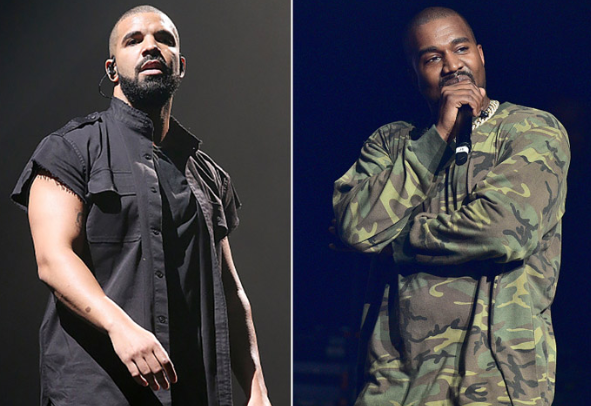 Are you a fan of having your cake and eating it too? Well, grab a paper plate, a plastic fork and a whole stack of napkins because Kanye West and Drake are about to drop a load of icing all over your face.

Rumors of a collaboration between the two rappers started spreading when a billboard appeared in Los Angeles. The sign read, “Calabasas is the new Abu Dhabi,” and the logos of Kanye’s record label and Drake’s OVO were chilling at the bottom of the billboard.

That’s when fans first got excited. Now, a little over a month later, West has revealed in an interview with Vogue that he is working on an album with the 29-year-old rapper.

We’re just working on music, working on a bunch of music together, just having fun going into the studio. We’re working on an album, so there’s some exciting things coming up soon.

And while it might not be surprising that the two stars are creating music together, it is a little shocking that it’s happening right now. Both Drake and Kanye are super busy right now. Drake is trying to manage his ridiculously successful tour, and Kanye is working on both the fashion and music side of things. His Yeezy Season 4 collection just debuted at New York Fashion Week.

In addition to all that, West also found the time to sign his sister-in-law Kylie Jenner’s boyfriend, Tyga, to his record label. He also announced he was signing Desiigner to the label as well.

Obviously, some fans believe the only reason Kanye signed Tyga is because he’s dating Kylie, and they are probably right…