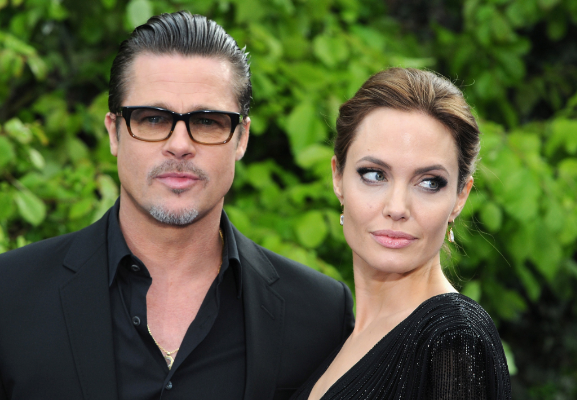 DIVORCE SHOCKER: Angelina Jolie Files For Divorce From Brad Pitt, And Everyone Is Freaking Out! Wow. Who saw this one coming? One of Hollywood’s most powerful couples have decided to end their marriage. Brad Pitt and Angelina Jolie have only been married for two years, they had a secret wedding in France back in 2014, but they have been together since 2004.

They have six kids together, and according to the divorce documents, Angelina Jolie wants physical custody of them all, suggesting Pitt would settle for visitation rights. She cited irreconcilable differences as the reason for the divorce, and we’re learning from sources that Pitt’s substance abuse and anger problem is to blame.

Sources tell TMZ that Jolie got sick of Brad’s weed and alcohol consumption. But more important than that, she didn’t feel like her kids were safe around him. He apparently has a huge anger problem.

Angelina’s decision to file has to do with the way Brad was parenting the children … she was extremely upset with his methods.

Sources say both stars remained faithful to each other. This divorce has nothing to do with cheating. Jolie just doesn’t feel like her children are safe around Pitt anymore. The 41-year-old actress is NOT asking for spousal support.

It’s kinda interesting/sad that they’re divorcing because of the kids. If you remember, it was their kids who pressured them into getting married.

A year before they got married, Pitt told E! News the following…

We’re getting a lot of pressure from the kids. We didn’t realize how much it meant to them and then, in getting engaged, how much it also means to us.

We’ll keep you posted on this developing story.