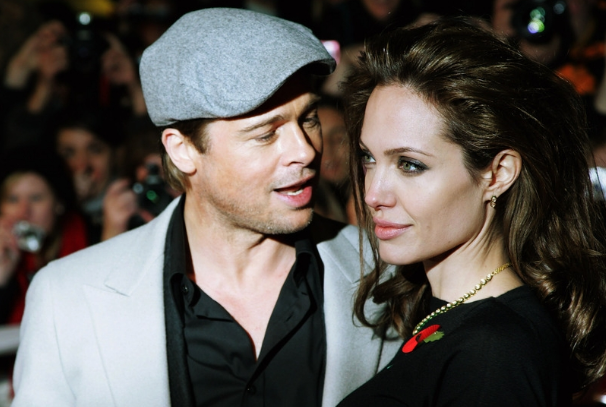 Brad Pitt’s team continues to try their best to dispel these concerning rumors about him, but they simply can’t work fast enough to stop them all. Ever since the divorce was announced earlier this week, rumors about Pitt’s addiction to alcohol and his abusive behavior have been front page news.

Unfortunately it now looks like those reports are more than just rumors. TMZ is reporting that the 52-year-old actor is under investigation by the LAPD and L.A. County Dept. of Children and Family Services for allegedly abusing his children.

According to the insiders, Pitt and his family were all together on a private jet last Wednesday. Pitt got wasted during the flight and started screaming at the kids and even getting physical with them. The plane landed at an airport at around 8 in the evening, and witnesses claim Pitt was still yelling at the children on the tarmac. He was so drunk that he tried leaving the area in a fuel truck.

The incident was reported to the L.A. County Dept. of Children and Family Services by “someone either on the plane or the tarmac.”

Both Brad and Angelina have been interviewed, and the DCFS plans to interview their children as well. The LAPD is also reviewing the case, which is completely normal when there are children involved. This incident was apparently the thing that made Angelina realize she needed to get out. She put an end to their marriage just a few days later.

As we mentioned at the beginning of this post, Pitt’s team claims the actor is clean.

He takes the matter very seriously and says he did not commit any abuse of his children. It’s unfortunate that people involved are continuing to present him in the worst possible light.

For those wondering, Brad and Angelina’s oldest child is 15-years-old. The youngest? The 8-year-old twins, Knox and Vivienne.