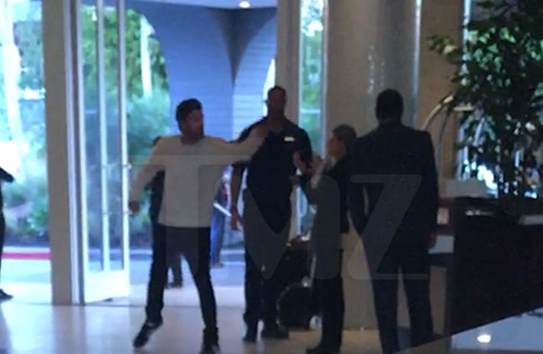 ‘All Lives Matter’ Supporter Brody Jenner FLIPS OUT, Yells At Hotel Staff And Proves That He Does Have White Privilege (CRAZY VIDEO) Yesterday we wrote a post about Brody Jenner’s terrible adventures on social media. You can read all about it by clicking this link, but basically Jenner is one of those, “But all lives should matter!” people. He believes the black men who have recently been shot and killed by police put themselves in dangerous situations.

This was a sentence from a post he shared, “If I, as a white male, did those things, I’d expect that I’d be putting myself in danger of being shot because I’d be making myself a perceived threat.”

Really? REALLY? Well, that’s just not true. On Sunday morning, Brody was staying at a fancy hotel in California. At some point during his stay, Brody asked the hotel staff if he could enter his manager’s room to grab a few personal items.

They told him he wasn’t allowed, and that’s when his attitude kicked in. He got so hostile that the hotel employee sent security to his room to kick him out. According to Brody, the security team entered his room without knocking, and then this happened…

Can you imagine if Brody was a black man doing this in some ritzy hotel? It would not have been handled the same way, and that’s something the reality star obviously doesn’t understand. He never will.

Also, what happened to your baby boy, Linda? I thought he was so kind and compassionate? WERE YOU LYING? LOOK AT YOUR SON. WHERE IS ALL THIS KINDNESS? ALL I’M SEEING IS AN EXTREME CASE OF DOUCHEBAGITIS.