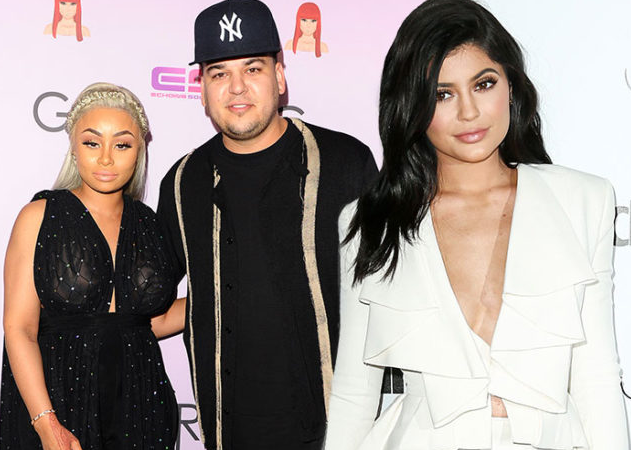 Rob Kardashian Might Be The Worst Kardashian, Tweets Kylie Jenner’s REAL Number Because He Was Mad Over Baby Shower Drama!

Rob Kardashian…why must you handle your problems like an emotional 13-year-old? The reality star did something pretty pathetic yesterday. He tweeted out Kylie Jenner’s REAL phone number to all his followers. He posted the number twice, and even made sure his fans knew it was actually him doing it.

“I ain’t hacked either this is rob dog lol,” he wrote in a tweet. Not only is this a juvenile thing to do, it could also be potentially dangerous. Why would he put his sister in danger? Well, according to the 29-year-old himself, he was raging over a baby shower.

Didn’t invite the Mother of my child to a baby shower you were trying to throw me !!? You all must have lost your damn mind.

I think we all know who lost their mind, and his name rhymes with blob. According to the sources, the baby shower he’s referring to isn’t even the main baby shower. Blac Chyna has a baby shower planned for Sunday, and both Kylie and Kendall Jenner were invited and reportedly confirmed they would be there.

The drama comes from a second baby shower planned for Rob. His family wanted to do something special for him, but apparently they didn’t invite Chyna, which obviously upset Rob.

Of course, we probably shouldn’t be surprised by this reaction. It’s clear Rob doesn’t know how to handle conflict. Back in July, he deleted Chyna from his Instagram account after they got into a huge fight. He runs to social media instead of addressing the problem and fixing it like most adults.

By the way, don’t even bother trying to call the number he tweeted. It’s already disconnected. You’ll have to find some other way to stalk Kylie now.