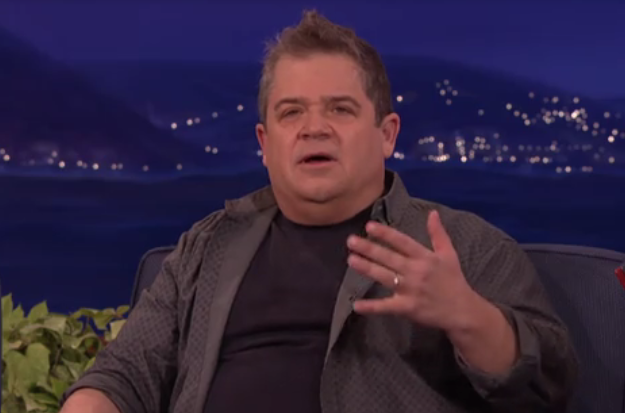 2016 has been a strange year for Patton Oswalt. His comedy career has never been better. He’s always had a strong and passionate fanbase, but now his comedy is going mainstream and he’s getting the respect he has deserved for years.

But all the awards and recognition can’t heal the pain he’s feeling right now. The pain he has been feeling since April when his wife, Michelle McNamara, died unexpectedly. She was just 46-years-old and had a 7-year-old daughter with Oswalt.

During a recent interview with Conan O’Brien, the 47-year-old comedian talked about how much he appreciates the Television Academy honoring him with an award, but he admitted it doesn’t taste quite the same as true happiness.

It’s very abstract, because it’s the flavor of happiness, but there are no calories or nutrition there. It’s like, it tastes like it, but there’s nothing. I’m not putting down winning an Emmy, but watching a bad movie with [Michelle] or fussing over what we’re going to pack [for our daughter] if we’re going to go on a trip on a plane, that was happiness. That’s what it actually felt like for real.

And anyone who has been truly in love knows exactly what he’s talking about. Sure, it’s nice to get a compliment from your boss, but nothing in your professional career can match the feeling of true happiness shared with someone you love.

I’ll take any silver lining I can from this swamp full of poison. And I think the one is that I will actually know real happiness if I run into it again based on what I experienced with her. I have this real, living memory of that.

We continue to wish Oswalt all the best. Hopefully he finds that real happiness again. He deserves it.