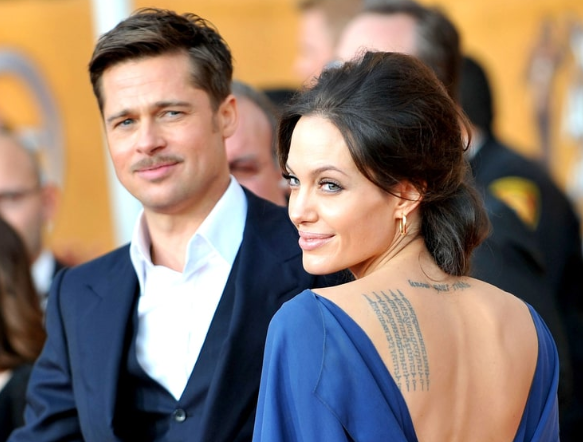 Has Angelina Jolie Been Planning To Take Down Brad Pitt For Years? We Got The Shocking Details Inside Just a few days after Brad Pitt and Angelina Jolie’s divorce was announced, reports started to spread about Pitt’s alcohol and anger problems. And then the reports got worse when TMZ claimed the actor physically abused one of his children while on a private jet.

All the negative reports have been about Brad. He drinks too much. He’s constantly yelling at the kids. His anger problems are out of control, and the list goes on and on.

But could it be an exaggeration? It’s possible, according to sources who talked with Us Weekly. They claim that Angelina has been making plans to destroy her husband for years. The 41-year-old actress had reportedly been unhappy with the actor for a long time.

She was tired of the constant fighting, so she “had been quietly laying the groundwork to leave her husband,” and the incident on the plane was the perfect ending. And while this source admits Pitt did lose his temper on the plane, he never put his hands on any of his children. And there might be some evidence to back this up. Earlier this year, Jolie rented a five-bedroom, $8.5 million home in Malibu. The plan was to move in once she filed for divorce, and according to multiple sources, she did move in almost two weeks ago. She reportedly didn’t give Pitt any warning about the divorce. She shocked him.

Angelina filed the papers a minute before the courts closed. He didn’t have a lawyer or anything. He has been crying constantly.

Pitt has been in hiding since the divorce was announced, but he did release a statement yesterday to announce he would not be attending the screening of a documentary he narrated titled Voyage of Time.

I’m very grateful to be part of such a fascinating and educational project, but I’m currently focused on my family situation and don’t want to distract attention away from this extraordinary film, which I encourage everyone to see.