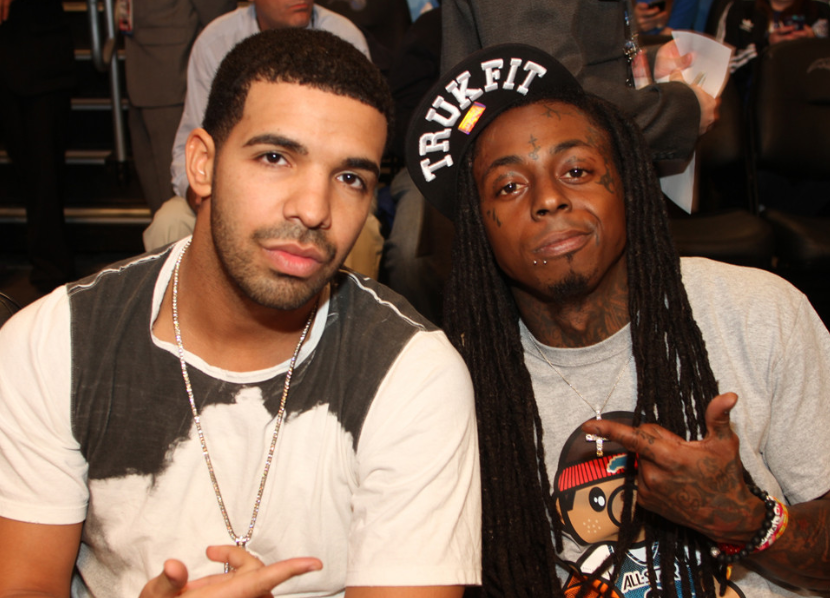 Lil Wayne Releases Journal, Talks About That One Terrible Day When He Found Out Drake Slept With His Girlfriend! There is so much beef at the hip-hop dinner table right now. It’s just all beef. No veggies or bread. It seems like everyone is fighting. But one of the biggest fights in hip-hop was miraculously avoided because Lil Wayne had time to think about his actions before doing anything stupid.

Weezy is releasing a handwritten journal that describes his eight-month stint at Rikers back in 2010 for gun charges. In the memoir, you’ll find several shocking stories, lots of vulgar language and so much drama.

The story getting the most attention is the time Lil Wayne discovered Drake had slept with his girlfriend. But before you start rippin’ Drake, it’s not as terrible as it sounds.

In one journal entry, Wayne simply wrote “Bad Day” and added, “no writing, prayer, Bible, sleep. Another one,” that was all he wrote for that day. The following day, he picked up his pen and explained why the previous day was so horrible.

I woke up still feeling f–ked up about the f–ked-up day that I had. Hell is what it was! I’m used to arguing with my girl on a daily basis…but finding out that she f–ked Drake was the absolute worst thing I could’ve found out.

He later explains that the f–king didn’t actually happen when he was with his girlfriend, but it sill upset him…

As a man, honestly, that s–t hurt…and not because it was Drake. It could’ve been any man and it would’ve hurt the same. She said it happened way before we got together.

Wait, what? Is he angry because his girlfriend wasn’t a virgin? I’m confused. Why would he give a f–k who she had sex with before they got together? Do you think she was trippin’ over the thousands of girls Weezy has slept with?

He was so distraught over this, he decided to bring in Drake and ask him straight up…

When Drizzy came to see me, he was like, ‘Yeah, it’s true…Don’t f–k with her like that ’cause I did f–k her.’ Damn! At that point, it didn’t matter to me when it f–king happened…because the f–king happened!

LOL! They’re treating this girl like a half-eaten hamburger. “Bro, don’t eat that. It’s mine. I haven’t touched it in five years, but I might get hungry again one day.”

By the way, the book will be released October 11. Seems like it’ll be an entertaining read, especially if you’re a fan of adults who don’t know how to handle basic emotions.