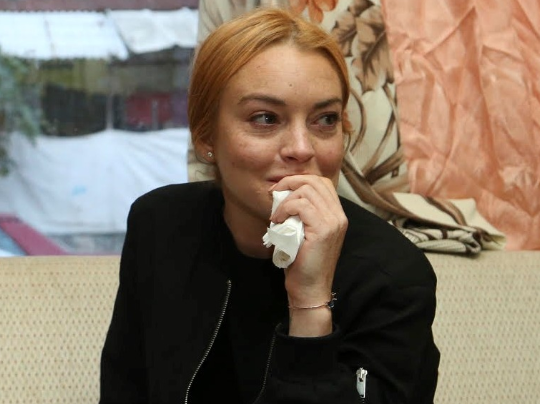 Three or four years ago, if Lindsay Lohan revealed she had nearly lost half of her freaking finger, we’d probably assume it had something to do with drugs or alcohol.

But it’s 2016, and Lohan is clean (or at least cleaner) than she was back in 2012. On Sunday, the 30-year-old actress jumped on her Snapchat account to share a pretty gruesome injury with her followers. You see, Lohan has been spending time with her friends in the Mediterranean ever since that explosive fight happened with her fiancé in late July.

She has basically been on vacation for two months since the fight, where she accused him of cheating on her with multiple women. This past weekend, she was chilling on a boat with her friends, and things took a nasty turn when she attempted to anchor the boat by herself.

Lohan explained what happened in the photo below: “I almost lost my finger from the anchor. Well, I lost half my finger, thank goodness we found the piece of my finger… I just had surgery to fix it. It hurts so bad.” 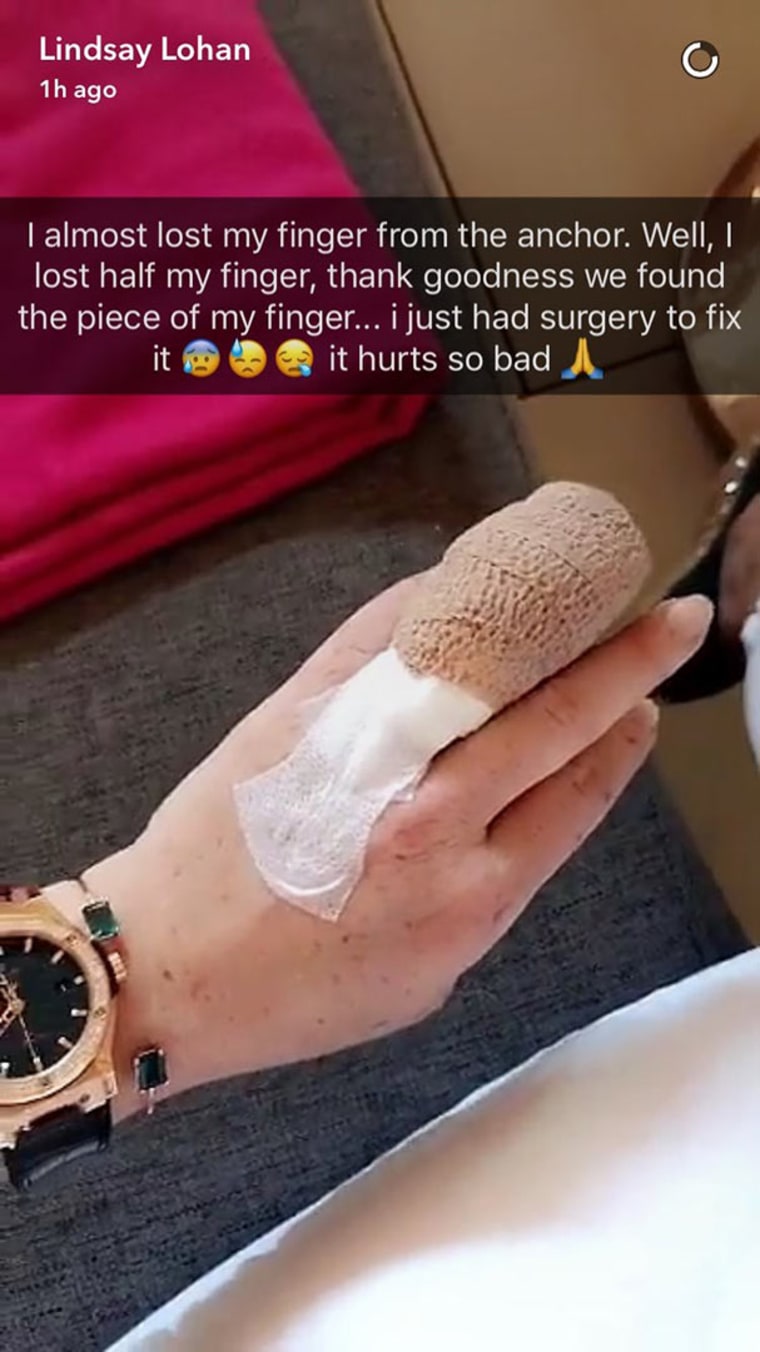 But okay, you want to see the good stuff, right? What did it look like before they wrapped it all up? Check out the video below if you dare.

We must warn you, when she says that she chopped her finger off…she’s NOT exaggerating. It’s hard to believe she was so calm during this whole thing.